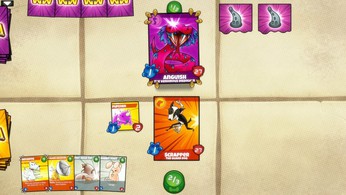 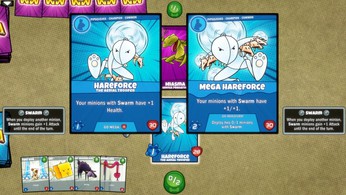 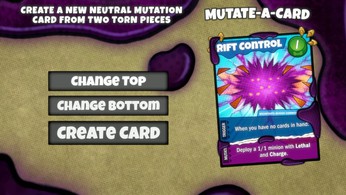 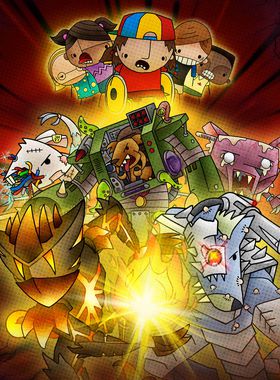 Make friends, play cards, twist the rules, become a Mega Mutant Power Pets master, and try to save the world in this single-player RPG about being a 90's kid. On her first day at Dudsdale Elementary, 10-year old Jess accidentally gets everybody's favorite collectible card game banned, forcing the kids to take their card battles underground. Troubles arise when mutants from the game invade the real world, and it's up to Jess and friends to stop them.

From the award-winning indie game studio, Gambrinous, creators of Guild of Dungeoneering, comes an RPG where battles are played with an epic collectible card game. Cardpocalypse takes you back to the 1990's, a time when computers used floppy disks, and people read magazines for video game cheat codes. You will explore Dudsdale Elementary on a mission to build killer card decks in an effort to defeat the mutants. You will have to trade, earn, wager, change rules and permanently alter cards on your way to victory.

Where can I buy a Cardpocalypse Key?

With GameGator, you are able to compare 25 deals across verified and trusted stores to find the cheapest Cardpocalypse Key for a fair price. All stores currently listed have to undergo very specific testing to ensure that customer support, game deliveries, and the game keys themselves are of the highest quality. To sweeten the deal, we offer you specific discount codes, which you will not be able to find anywhere else. This allows us to beat all competitor prices and provide you with the cheapest, most trustworthy deals. If the current cheapest price of $7.22 for Cardpocalypse is too high, create a price alert and we will alert you through email, SMS, or discord the moment the Cardpocalypse price matches your budget.

Can I play Cardpocalypse immediately after the purchase?

What store should I choose for the best Cardpocalypse Deal?

There are many details that you might want to go through before settling on the deal of your choosing. If you are looking for a special Edition, such as Time Warp Edition, you can select these in our menu. When it comes to the actual stores, we made sure that you will never get overcharged/neglected. As we care about your satisfaction, we like to ensure that all deals are legitimate, reliable, and foolproof. On top of that, we make sure all stores affiliated with us have proper refund processes and guarantees and are backed by a competent team to ensure that absolutely nothing will go wrong.