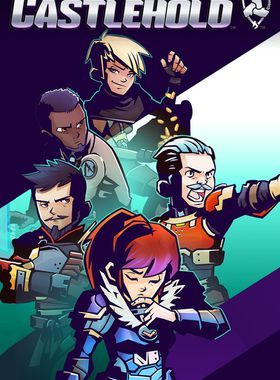 Castlehold is an innovative competitive strategy game, featuring the new Active Resource Control (ARC) System. Build your Army, lead your troops into Battle and see how you stack up against your opponent in fast-paced, strategic combat. Controlling or denying enemy gold-generating Villages on the Battlefield is the key to victory. You must decide when to hold onto your Villages, enabling you to deploy stronger, more expensive troops, when to advance taking the enemy's Villages, and when to strategically retreat.

Recruit Squads of randomized Soldiers or directly acquire up to 4 daily Units not currently in your collection – all with the currency you've gained from Leveling Up and completing Quests. Win or lose, you'll gain XP and earn currency rewards when you Level Up.

Castlehold is set in a world where time and space have collapsed. Remnants of kingdoms and cities, both modern and old, have spread across islands over a vast ocean known as the Drift. Latent powers have awoken within humanity and those with selfish ambitions used their newfound abilities to reign over this new chaos. Now it is time to for you to raise an army and liberate the Remnants from their tyrannical oppressors. Simple to learn, but difficult to master strategies.

Where can I buy a Castlehold Key?

With GameGator, you are able to compare deals across verified and trusted stores to find the cheapest Castlehold Key for a fair price. All stores currently listed have to undergo very specific testing to ensure that customer support, game deliveries, and the game keys themselves are of the highest quality. To sweeten the deal, we offer you specific discount codes, which you will not be able to find anywhere else. This allows us to beat all competitor prices and provide you with the cheapest, most trustworthy deals. If the current cheapest price for Castlehold is too high, create a price alert and we will alert you through email, SMS, or discord the moment the Castlehold price matches your budget.

Can I play Castlehold immediately after the purchase?

What store should I choose for the best Castlehold Deal?