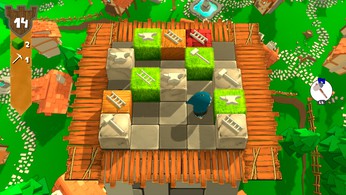 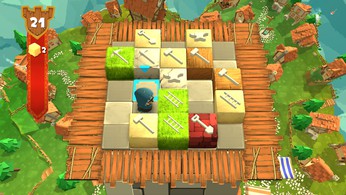 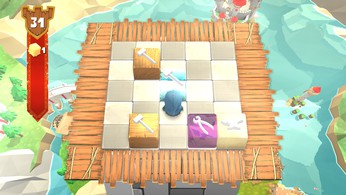 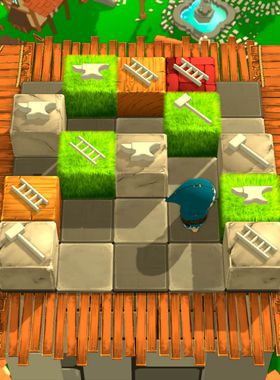 Featuring three modes of play (story, versus and survival) the game can be enjoyed individually or as a multiplayer. With more than 50 levels of randomized gameplay in story mode, you will never play the same game twice. You control an engineer, rather than the blocks themselves, creating a unique gameplay experience. Engineers must match three or more blocks of tools or colors in order to achieve each level's goals. The 7x7 grid allows engineers to move around the perimeter of the central 5x5 grid where blocks fall from above. Snow, wind, fog, and storms challenge the engineers as they work non-stop through day and night. All the while King Edmund's minions, equipped with menacing machinery, are bent on orchestrating the towers demise.

Castles tells the story of the ambitious King Harold, whose greatest achievement will be the tower you are constructing. As the tower grows taller and taller, more and more challenges arise along with it. Unpredictable weather combined with the efforts of the jealous and vengeful King Edmund, King Harold's nemesis, may thwart your upward progress.

Where can I buy a Castles Key?

With GameGator, you are able to compare 6 deals across verified and trusted stores to find the cheapest Castles Key for a fair price. All stores currently listed have to undergo very specific testing to ensure that customer support, game deliveries, and the game keys themselves are of the highest quality. To sweeten the deal, we offer you specific discount codes, which you will not be able to find anywhere else. This allows us to beat all competitor prices and provide you with the cheapest, most trustworthy deals. If the current cheapest price of $0.77 for Castles is too high, create a price alert and we will alert you through email, SMS, or discord the moment the Castles price matches your budget.

Can I play Castles immediately after the purchase?

What store should I choose for the best Castles Deal?