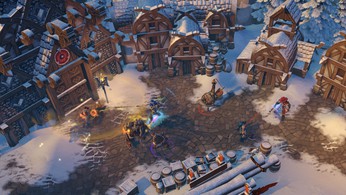 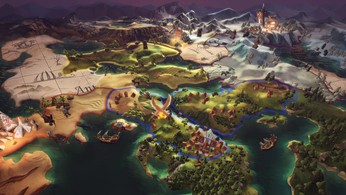 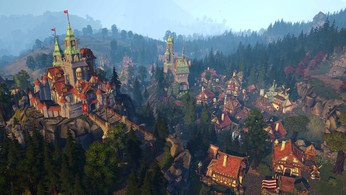 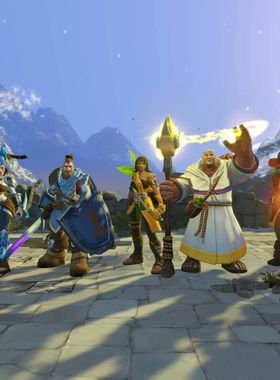 Your enemies may grunt unintelligibly, but that doesn't mean they're stupid. Defeating these beasts will require thoughtful strategies, clever tactics, and the right combination of three Champions out of the five. Choose well, and the combined strength of your Champions' elemental powers will carve through your enemies like a hot sword through molten lava. Choose poorly, and you'll be monster chow. At any time, you can pause the game, switch up your tactics, and rejoin the melee without missing a beat.

From parched deserts to mysterious forests, from frozen snowfields to tropical jungles, the lethally-beautiful world of Anteria invites you to blaze your own path to victory. Choose who, when, and where you'll attack or defend on a Progression Map. Just remember that your decisions directly affect the world around you, and every action has a consequence.

They're big, they're nasty, and they're hoping to mince your Champions into bite-sized bits. They're the bosses of Anteria, and you'll need sound strategies and lightning-fast combat moves to bring them down. Change your tactics on the fly, avoid the bosses' lethal traps, and deliver a smackdown worthy of the ages.

Where can I buy a Champions of Anteria Key?

With GameGator, you are able to compare 10 deals across verified and trusted stores to find the cheapest Champions of Anteria Key for a fair price. All stores currently listed have to undergo very specific testing to ensure that customer support, game deliveries, and the game keys themselves are of the highest quality. To sweeten the deal, we offer you specific discount codes, which you will not be able to find anywhere else. This allows us to beat all competitor prices and provide you with the cheapest, most trustworthy deals. If the current cheapest price of $1.68 for Champions of Anteria is too high, create a price alert and we will alert you through email, SMS, or discord the moment the Champions of Anteria price matches your budget.

Can I play Champions of Anteria immediately after the purchase?

What store should I choose for the best Champions of Anteria Deal?