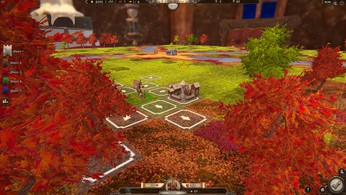 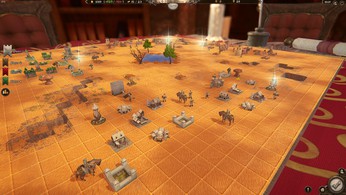 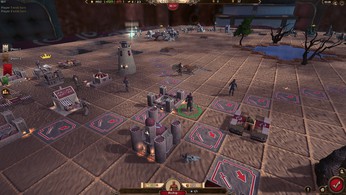 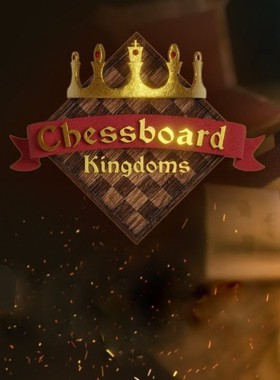 Capture the essence of strategy and turn-based combat in Chessboard Kingdoms. Let your imagination run wild as you fortify your towns and send off your troops to stand against invaders. Invent strategies and hone your resolve while accepting the challenges of management and leadership as the sovereign of the lands. Chessboard Kingdoms is a new kind of turn-based strategy. Ideas both new and old are fused together to create a game where principles of chess are expanded and developed to form novel, fun, and competitive multiplayer gaming activities. Devise and apply clever strategies, build and siege fortresses, encounter wizardry, and travel the lands of Chessboard Kingdoms!

Iron-clad West or Mysterious East? Find out who will persevere on the battlefield when two different factions fight for the grand victory. Will you be the wise Sultan proving your birthright to the borderland kingdoms, or the cunning King searching to expand his estate for the sake of his people? Iconic "Capture the Flag" game mode mixed with turn-based combat can surely surprise you. Settle a bet between rulers by capturing and holding the flag instead of waging war. All in turn-based entourage, spiced up by familiar, yet new, chess mechanics.

Where can I buy a Chessboard Kingdoms Key?

With GameGator, you are able to compare 5 deals across verified and trusted stores to find the cheapest Chessboard Kingdoms Key for a fair price. All stores currently listed have to undergo very specific testing to ensure that customer support, game deliveries, and the game keys themselves are of the highest quality. To sweeten the deal, we offer you specific discount codes, which you will not be able to find anywhere else. This allows us to beat all competitor prices and provide you with the cheapest, most trustworthy deals. If the current cheapest price of $1.16 for Chessboard Kingdoms is too high, create a price alert and we will alert you through email, SMS, or discord the moment the Chessboard Kingdoms price matches your budget.

Can I play Chessboard Kingdoms immediately after the purchase?

What store should I choose for the best Chessboard Kingdoms Deal?