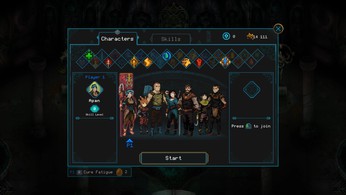 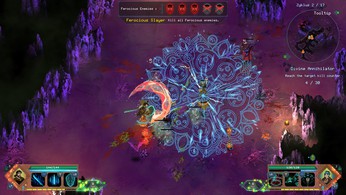 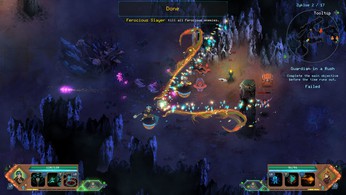 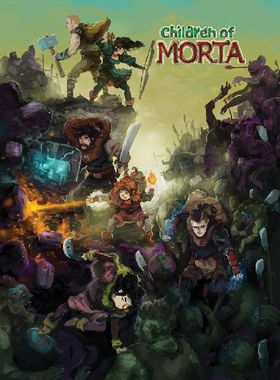 About Children of Morta

As a so-called rogue-lite, the indie game developed by Dead Mage and Publisher 11 Bit Studios relies on procedurally generated dungeons and so-called runs through these game sections. If you die on the way, you lose your collected equipment but you can keep the gold you earned and expand your home base. The latter is the Bergson estate, as you play the members of a family in Children of Morta - each with a different class. The title is much more forgiving than other games inspired by the classic Rogue genre, permadeath doesn't exist. In the battles against skeletons, mutated bats and trolls, you can gain an advantage by searching the environment and buying items from merchants. The magical items are then active in the current dungeon and let deadly flames circle around the hero, slow down enemies or provide a few seconds of immunity against attacks. A special feature of Children of Morta is the focus on characters and story in addition to the extraordinary graphic style: The family is at the center of the story and the developers leave plenty of room for quiet moments and dialogues in the Bergson House. An omnipresent narrator brings the story to life.

Where can I buy a Children of Morta Key?

With GameGator, you are able to compare 44 deals across verified and trusted stores to find the cheapest Children of Morta Key for a fair price. All stores currently listed have to undergo very specific testing to ensure that customer support, game deliveries, and the game keys themselves are of the highest quality. To sweeten the deal, we offer you specific discount codes, which you will not be able to find anywhere else. This allows us to beat all competitor prices and provide you with the cheapest, most trustworthy deals. If the current cheapest price of $2.72 for Children of Morta is too high, create a price alert and we will alert you through email, SMS, or discord the moment the Children of Morta price matches your budget.

Can I play Children of Morta immediately after the purchase?

What store should I choose for the best Children of Morta Deal?