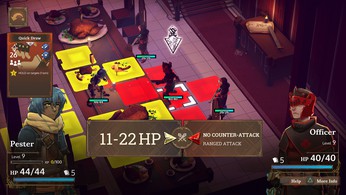 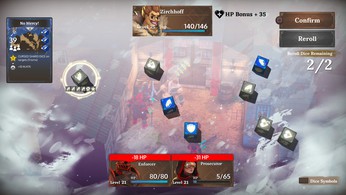 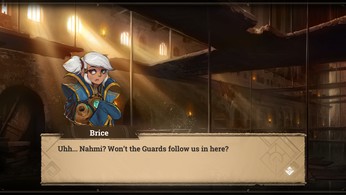 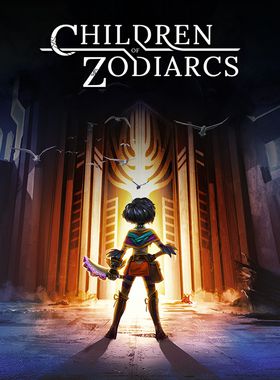 About Children of Zodiarcs Collectors Edition

Children of Zodiarcs is a story-driven, tactical RPG set in the fantasy realm of Lumus; a world divided by affluence and poverty. Take control of Nahmi and her fellow outcasts, utilising a brand new deck and dice based combat system to strike a blow to the noble Lords' and Ladies' unquenchable thirst for profit.

Professional thieves on the trail of an ancient relic, the group infiltrates the glittering halls of a corrupt noble's private chambers in pursuit of their target, narrowly escaping the wrath of the city guards at every turn. Desperate to find an escape, they seek refuge in the city's seamy slums and brave the sunless pits of the underworld. Out to get them are heavily armed city guards, rival gangs and psychotic families of subterranean cannibals. Abandoned by the system and used by selfish criminals, these young companions will be forced to come to terms with their own reality. But be warned - in the world of Children of Zodiarcs, no one escapes unscathed!

Each of your party members' attacks & abilities are bound to combat cards. Drawing different cards during battle provides you with ever changing combat possibilities every time you fight!

Once you've chosen your attack, physics based dice allow you to roll for bonuses! Favoring symbols over numbers, these dice deliver attack, defence, healing, and special ability modifiers.

To add yet more layers of stratagem to Children of Zodiarcs, you can craft dice to favour your play style, and re-roll up to two dice every time you throw. You need not fear being at Lady Luck's mercy!

A World Full of Characters

Along the way you'll come to learn about Nahmi - stolen from her homeland as a child, Brice - forced to survive on the mean streets of Torus; Zirchhoff - a charismatic bandit leader who employs young orphans to do his bidding: as well as many more mischief makers.

Each playable character comes with their own customisable deck. This allows you to tailor their skillset to the types of attacks and abilities you want to have in your hand during the heat of combat.

Children of Zodiarcs' music captures the feel of tactical RPG classics with its fully orchestrated soundtrack composed by the award winning team at Vibe Avenue.

Join Nahmi and her team in a harrowing tale of the downtrodden's struggle for survival in a world where mystical forces are overlooked; and the people in power are solely concerned with profit. Do you have what it takes to overthrow a corrupt system?

Where can I buy a Children of Zodiarcs Collectors Edition Key?

With GameGator, you are able to compare 4 deals across verified and trusted stores to find the cheapest Children of Zodiarcs Key for a fair price. All stores currently listed have to undergo very specific testing to ensure that customer support, game deliveries, and the game keys themselves are of the highest quality. To sweeten the deal, we offer you specific discount codes, which you will not be able to find anywhere else. This allows us to beat all competitor prices and provide you with the cheapest, most trustworthy deals. If the current cheapest price of $7.03 for Children of Zodiarcs is too high, create a price alert and we will alert you through email, SMS, or discord the moment the Children of Zodiarcs price matches your budget.

Can I play Children of Zodiarcs Collectors Edition immediately after the purchase?

What store should I choose for the best Children of Zodiarcs Collectors Edition Deal?