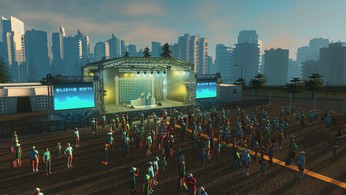 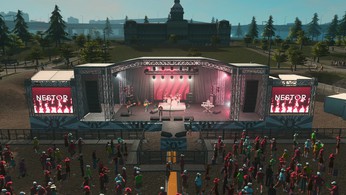 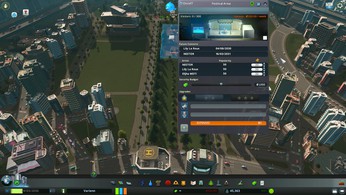 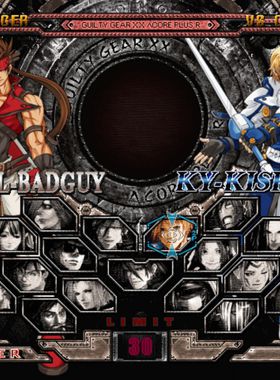 Cities: Skylines - Concerts is a mini-expansion for the award-winning city builder that gives players the power to plan and present major concerts. Featuring music and images from Rock, EDM, and Pop/Folk bands - as well as a new music-focused radio station - Concerts brings a more melodic component to the sounds of city life.

With Concerts, putting on a great show is about more than just the music. From new buildings to host your headliners to festival management options that encourage ticket sales, creating advertising campaigns, driving band popularity, optimizing security budgets and more, Concerts puts players in control of everything from the front of house to backstage.

- Bring the music downtown with the new Music Club, spread the word about upcoming concerts with the new media broadcast building, and hang out at the Fan Zone Area to get your festival-related merch.

- Support your festival ambitions with new laws and budget options to promote concerts and monetize the crowds.

Where can I buy a Cities: Skylines - Concerts Key?

With GameGator, you are able to compare 17 deals across verified and trusted stores to find the cheapest Cities: Skylines - Concerts Key for a fair price. All stores currently listed have to undergo very specific testing to ensure that customer support, game deliveries, and the game keys themselves are of the highest quality. To sweeten the deal, we offer you specific discount codes, which you will not be able to find anywhere else. This allows us to beat all competitor prices and provide you with the cheapest, most trustworthy deals. If the current cheapest price of $1.82 for Cities: Skylines - Concerts is too high, create a price alert and we will alert you through email, SMS, or discord the moment the Cities: Skylines - Concerts price matches your budget.

Can I play Cities: Skylines - Concerts immediately after the purchase?

What store should I choose for the best Cities: Skylines - Concerts Deal?