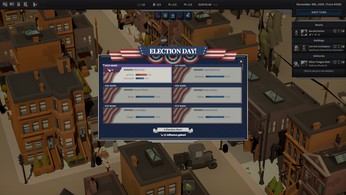 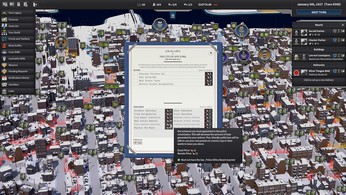 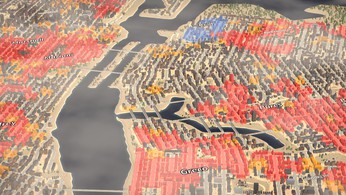 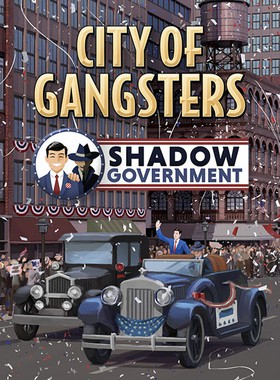 About City of Gangsters: Shadow Government

Control city politicians and manipulate laws in New York and beyond, in the new expansion pack City of Gangsters: Shadow Government.

I want to wake up in the city that never sleeps

It's going to be easier than it seems: politicians need votes, and votes cost money, so helping with either is a sure way to earn gratitude – and obedience. And during Prohibition, city council members are especially easy targets: as politicians they have great sway over city laws, but they're also small fry who are always hard up for cash. This is where you can make a big difference.

Use your profitable booze operations to finance successful election campaigns, and use your control over large swaths of the city to ensure high turnout of voters who know exactly which ballots to cast. With your vast resources, you will be able to catapult your chosen candidates to high office where they will do your bidding – or to install your own, hand-picked lackeys who will follow your every word.

Just make sure you're backing the right horses in the elections. Because if you lose, your opponents will remember.

Where can I buy a City of Gangsters: Shadow Government Key?

With GameGator, you are able to compare 6 deals across verified and trusted stores to find the cheapest City of Gangsters: Shadow Government Key for a fair price. All stores currently listed have to undergo very specific testing to ensure that customer support, game deliveries, and the game keys themselves are of the highest quality. To sweeten the deal, we offer you specific discount codes, which you will not be able to find anywhere else. This allows us to beat all competitor prices and provide you with the cheapest, most trustworthy deals. If the current cheapest price of $5.63 for City of Gangsters: Shadow Government is too high, create a price alert and we will alert you through email, SMS, or discord the moment the City of Gangsters: Shadow Government price matches your budget.

Can I play City of Gangsters: Shadow Government immediately after the purchase?

What store should I choose for the best City of Gangsters: Shadow Government Deal?