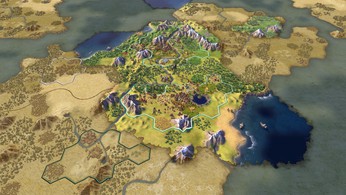 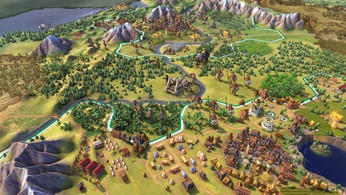 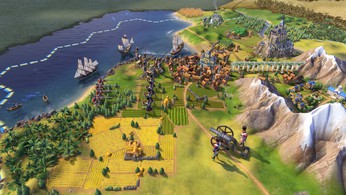 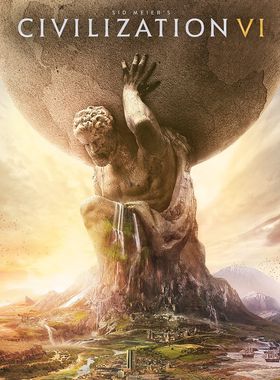 Created by game designer legend Sid Meier, Civilization 6 is a turn-based strategy game with the goal to build an empire that will stand the test of time. Explore a new land with new technologies, defeat your enemies, and meet famous leaders of world history on your way to build the greated civilization the world has ever seen. The game is another milestone in the series, which has shaped the gaming landscape with over 34 million copies sold worldwide and has taken the strategy genre to new heights. The active exploration of technologies and cultures opens up new potential paths in the game, while numeroues leaders attempt to pursue their plans based on their historical traits.

The visual presentation of the game is inspired by the maps and tools of the Age of Discovery. See the wonders of your empire unfoled like never before. Each city stretches across several fields, allowing you to take full advantage of the terrain as you build them. Unlock bonuses that accelerate the progress of your civilization throughout history. Let units actively explore and develop their surroundings to discover new cultures. Interactions with other civilizations change the course of the game, from primitive conflicts to alliances and negotiations. In addition to the traditional multiplayer modes, you can now cooperate or compete with friends in various new modes, each of which can be easily completed in a single session.

Civilization has never looked better before. Cities are extremely detailed - the districts are full of life, while lights go on at night, trees blow in the wind, and the factories are always moving. The core element of the game is and remains the building of a culture from the discovery of fire to the journey to distant planets. Part 6 of the series is an all-round successful package: 19 civilizations, districts, a completely new game engine, new units, and customizable developments offer enough potential to satisfy every strategy fan for several hundred hours.

Where can I buy a Sid Meier's Civilization 6 Deluxe Edition Key?

With GameGator, you are able to compare 3 deals across verified and trusted stores to find the cheapest Sid Meier's Civilization 6 Key for a fair price. All stores currently listed have to undergo very specific testing to ensure that customer support, game deliveries, and the game keys themselves are of the highest quality. To sweeten the deal, we offer you specific discount codes, which you will not be able to find anywhere else. This allows us to beat all competitor prices and provide you with the cheapest, most trustworthy deals. If the current cheapest price of $15.04 for Sid Meier's Civilization 6 is too high, create a price alert and we will alert you through email, SMS, or discord the moment the Sid Meier's Civilization 6 price matches your budget.

Can I play Sid Meier's Civilization 6 Deluxe Edition immediately after the purchase?

What store should I choose for the best Sid Meier's Civilization 6 Deluxe Edition Deal?

There are many details that you might want to go through before settling on the deal of your choosing. If you are looking for a special Edition, such as Anthology Edition or Deluxe Edition, you can select these in our menu. When it comes to the actual stores, we made sure that you will never get overcharged/neglected. As we care about your satisfaction, we like to ensure that all deals are legitimate, reliable, and foolproof. On top of that, we make sure all stores affiliated with us have proper refund processes and guarantees and are backed by a competent team to ensure that absolutely nothing will go wrong.