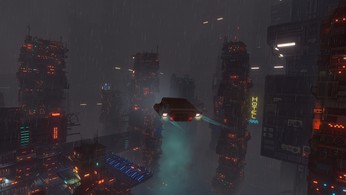 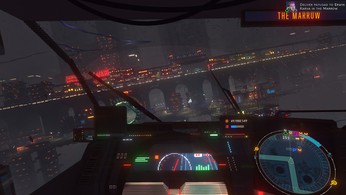 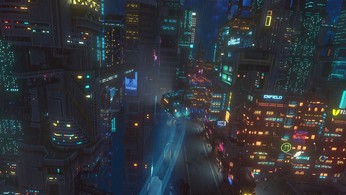 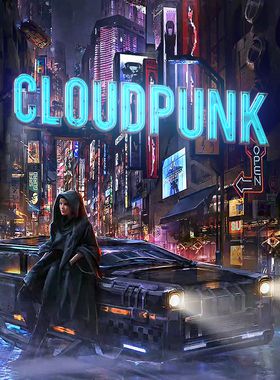 What began as a science fiction literary movement to later extend its webs into the world of cinema and video games, is going to experience a new boom in the latter sector with the launch of such resounding titles as the long-awaited Cyberpunk 2077. However, we are not going to talk about the open-world RPG developed by the people at CD Projekt Red to highlight the importance of cyberpunk.

Cloudpunk is the story of a courier driver for a semi-legal delivery company based in the sprawling city of Nivalis. From the pith below to the needles piercing the edge of the troposphere, a rain-soaked neon metropolis awaits exploration. No delivery job is too dangerous, and no one is faster than a Cloudpunk driver.

In this story-based cyberpunk game, players will encounter a wide range of characters, including androids, AI, and unscrupulous humans at all levels of society. Everyone has a story to tell, and throughout one night in Nivalis, everything will change.

We take control of Rania during her first night at Cloudpunk, the semi-legal delivery company based in the city of Nivalis. From the Medulla to the peaks that pierce the grey clouds of the sky and touch the edge of the troposphere. No assignment is too dangerous, and there is no one faster than a Cloudpunk delivery man.

Of course, Cloudpunk is far from a linear game. Both in exploration, which seems to leave much freedom, and in decision making. We are not obliged to leave the package at the destination we have been told, and perhaps it will bring us more money to do some favors. There will be consequences, of course, but only with that kind of detours will we be able to discover the different argumentative routes this indie offers. Cloudpunk arrives by express delivery to Steam since April 23rd and soon to the rest of the consoles of this generation.

Where can I buy a Cloudpunk Key?

With GameGator, you are able to compare 24 deals across verified and trusted stores to find the cheapest Cloudpunk Key for a fair price. All stores currently listed have to undergo very specific testing to ensure that customer support, game deliveries, and the game keys themselves are of the highest quality. To sweeten the deal, we offer you specific discount codes, which you will not be able to find anywhere else. This allows us to beat all competitor prices and provide you with the cheapest, most trustworthy deals. If the current cheapest price of $3.51 for Cloudpunk is too high, create a price alert and we will alert you through email, SMS, or discord the moment the Cloudpunk price matches your budget.

Can I play Cloudpunk immediately after the purchase?

What store should I choose for the best Cloudpunk Deal?