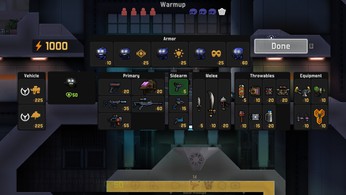 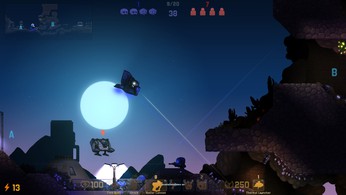 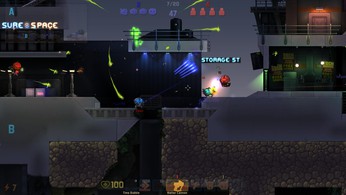 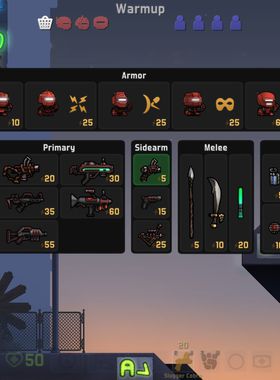 Two teams of adorable murder-bots duke it out over a number of rounds. One side attempts to plant and detonate bombs in their opponents' base, and the other, quite reasonably, attempts to stop them.

Designed for 4-versus-4 players, each round earns money (or "volts") which the teams can spend on outlandish equipment and weaponry. Take a stealth suit, slip past the enemy's defences and snipe from the shadows, or dive straight into the fray, deflecting incoming shots with the reflector shield. Or toss a time bomb into the mosh-pit and watch as bullets and bots dance in balletic slow-motion! Synchronize with your team to achieve the best strategy and claim ultimate victory!

Built especially for PC, with fluid controls tuned for WASD movement and mouse-aim.

Over 30 different kinds of weapons and tools!

Mecha-styled vehicles to bring to the battle!

Damage-bonus hit zones including: head, eye and from behind!

10 maps at launch and more to come, plus workshop maps!

4 versus 4 multi-player with dedicated server software!

Where can I buy a Cobalt WASD Key?

With GameGator, you are able to compare deals across verified and trusted stores to find the cheapest Cobalt WASD Key for a fair price. All stores currently listed have to undergo very specific testing to ensure that customer support, game deliveries, and the game keys themselves are of the highest quality. To sweeten the deal, we offer you specific discount codes, which you will not be able to find anywhere else. This allows us to beat all competitor prices and provide you with the cheapest, most trustworthy deals. If the current cheapest price for Cobalt WASD is too high, create a price alert and we will alert you through email, SMS, or discord the moment the Cobalt WASD price matches your budget.

Can I play Cobalt WASD immediately after the purchase?

What store should I choose for the best Cobalt WASD Deal?