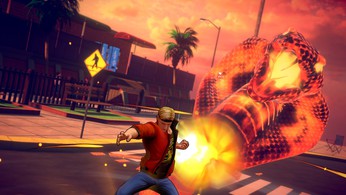 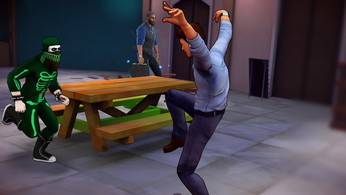 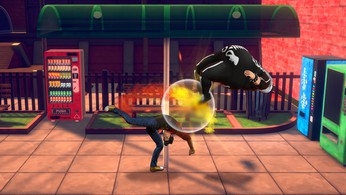 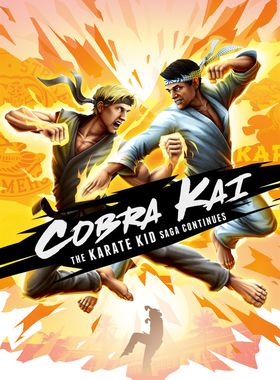 Choose a side, master your moves, and embrace your destiny in an epic beat 'em up adventure inspired by the hit show. Take control of 8 playable characters with deep movesets, combos, progression, real-time character swaps, ultimate attacks, and much more! 34 years after the events of the 1984 All Valley Karate Tournament, the rivalry of Daniel LaRusso and Johnny Lawrence continues. The fight is in your hands now!

Featuring an all-new storyline filled with unique cutscenes and dialog-choose to take control of Daniel and his students at Miyagi-Do Karate through a storyline campaign. Or select their rivals, Johnny Lawrence and his disciples at Cobra Kai to play their side of the story. Completing both sides of the campaign unveils an ultimate ending.

Master 40 unique skills and upgrade your characters' stats as you karate your way through enemies. Choose your Dojo then seamlessly swap between your favorite characters within, including Miyagi Do's Daniel, Robby, Sam and Demetri; or Cobra Kai's Johnny, Miguel, Hawk and Tory.

Where can I buy a Cobra Kai: The Karate Kid Saga Continues Key?

With GameGator, you are able to compare 15 deals across verified and trusted stores to find the cheapest Cobra Kai: The Karate Kid Saga Continues Key for a fair price. All stores currently listed have to undergo very specific testing to ensure that customer support, game deliveries, and the game keys themselves are of the highest quality. To sweeten the deal, we offer you specific discount codes, which you will not be able to find anywhere else. This allows us to beat all competitor prices and provide you with the cheapest, most trustworthy deals. If the current cheapest price of $1.02 for Cobra Kai: The Karate Kid Saga Continues is too high, create a price alert and we will alert you through email, SMS, or discord the moment the Cobra Kai: The Karate Kid Saga Continues price matches your budget.

Can I play Cobra Kai: The Karate Kid Saga Continues immediately after the purchase?

What store should I choose for the best Cobra Kai: The Karate Kid Saga Continues Deal?