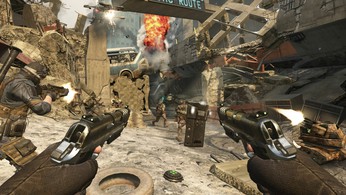 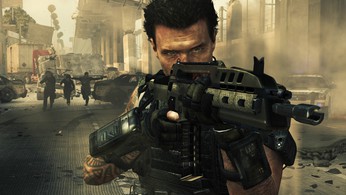 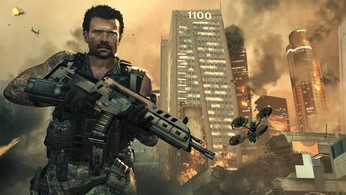 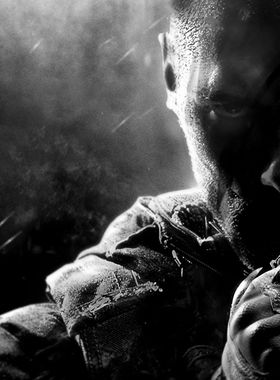 About Call of Duty: Black Ops 2

Once again, the future does not bode well. In the year 2025, a Cold War has developed between the economic powers USA and China. While the past Cold War between East and West was still ideological, the future will be all about rare raw materials that have become indispensable for the production of high technology and modern weapons. But both nations are too preoccupied with themselves and do not realize that a third actor is igniting a veritable purgatory to turn the Cold War into a hot war. And this man has a very personal bone to pick, especially with the USA. At first glance, little has changed. From the first-person perspective, players are fighting against a myriad of opponents who are unfortunately not very clever. Only on closer inspection are there some new elements. Similar to the predecessor, the story plays in two time periods and jumps back and forth between past and current events. Past events are connected with current ones, and little by little the story unfolds, which unfortunately takes up speed only late and becomes exciting. Incidentally, David S. Goyer was hired for this, who among other things wrote the scripts for the last three Batman films. As with movies, video gamers should not expect too much from sequels. The developers play it safe and present familiar fare. The success seems (unfortunately) to prove them right. The game went away like hot cakes and turned over the incredible sum of 1 billion dollars after only 15 days. However, it must be mentioned again at this point that the game is bought and played mainly or only because of the multiplayer mode. It is challenging, exciting and fast-paced with numerous game modes. Especially with friends in the team, "Black Ops II" provides months of gaming fun and lets the time fly by.

Where can I buy a Call of Duty: Black Ops 2 Key?

With GameGator, you are able to compare 12 deals across verified and trusted stores to find the cheapest Call of Duty: Black Ops 2 Key for a fair price. All stores currently listed have to undergo very specific testing to ensure that customer support, game deliveries, and the game keys themselves are of the highest quality. To sweeten the deal, we offer you specific discount codes, which you will not be able to find anywhere else. This allows us to beat all competitor prices and provide you with the cheapest, most trustworthy deals. If the current cheapest price of $19.30 for Call of Duty: Black Ops 2 is too high, create a price alert and we will alert you through email, SMS, or discord the moment the Call of Duty: Black Ops 2 price matches your budget.

Can I play Call of Duty: Black Ops 2 immediately after the purchase?

What store should I choose for the best Call of Duty: Black Ops 2 Deal?

There are many details that you might want to go through before settling on the deal of your choosing. If you are looking for a special Edition, such as Digital Deluxe Edition or includes Bonus, you can select these in our menu. When it comes to the actual stores, we made sure that you will never get overcharged/neglected. As we care about your satisfaction, we like to ensure that all deals are legitimate, reliable, and foolproof. On top of that, we make sure all stores affiliated with us have proper refund processes and guarantees and are backed by a competent team to ensure that absolutely nothing will go wrong.