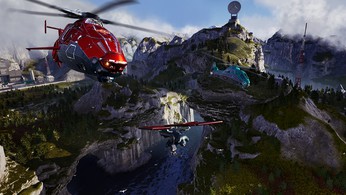 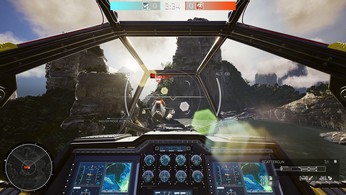 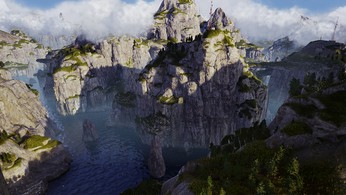 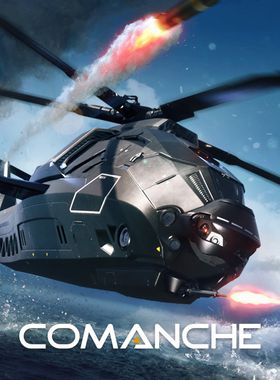 Command the powerful Comanche helicopters in intense and thrilling dog-fights! Delve into the evolving singleplayer campaign and make a difference in a conflict of global proportions or compete with other Comanche players from all around the world in the explosive team-based multiplayer modes. Choose from an array of Comanche and drone configurations and utilize their strengths to your tactical advantage. Experience a new era of thrilling dog-fights and stealthy drone close quarters action.

After the Iran-US RQ170 incident, in which a UAV (unmanned aerial vehicle) was hacked and captured through cyberwarfare, the US army secretly revived the development of the RAH-66 helicopter program for special operations. The goal was to develop a highly maneuverable, highly advanced stealth war machine for impervious and mountainous terrain, that can deploy unhackable low-range drones to operate in high-risk environments. The program was a full success, and the Comanche special units seemed unstoppable in their missions.

Where can I buy a Comanche Key?

With GameGator, you are able to compare 16 deals across 16 verified and trusted stores to find the cheapest Comanche Key for a fair price. All stores currently listed have to undergo very specific testing to ensure that customer support, game deliveries, and the game keys themselves are of the highest quality. To sweeten the deal, we offer you 5 specific discount codes, which you will not be able to find anywhere else. This allows us to beat all competitor prices and provide you with the cheapest, most trustworthy deals. If the current cheapest price of $14.23 for Comanche is too high, create a price alert and we will alert you through email, SMS, or discord the moment the Comanche price matches your budget.

Can I play Comanche immediately after the purchase?

What store should I choose for the best Comanche Deal?