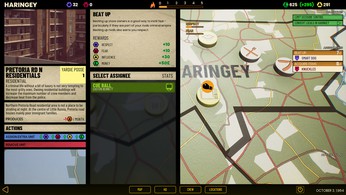 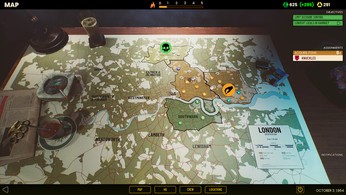 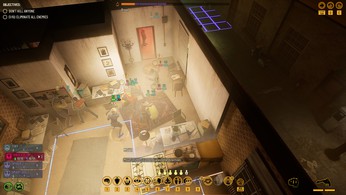 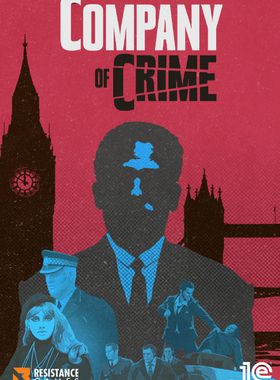 About Company of Crime

In this strategy game by 1C Entertainment and Resistance Games you build a criminal empire - or smash the gangs of criminals as chief inspector of the Scotland Yard. Company of Crime is a mixture of a business simulation, building a corporate empire, and a tactical strategy game with turn-based battles being strongly geared towards close combat. Whether you choose to be a gangster or the police, one of the main tasks is to build and lead a capable team consisting of members with different skills. While some characters specialise in uncovering criminal tasks, others master the art of investigation and can be sent on missions as detectives. The game takes place in the London of the 60s - the decade of the rebels. In the Swinging Sixties, London was a capital of culture and home to a variety of subcultures and companies. Beatniks, mods, lemon heads, rockets, and the followers of almost every other culture of that time were to be found in London. As the game progresses, players immerse themselves deeply into London's nightlife and experience the city's pubs, clubs, and harbours.

Explore tactical turn-based melee combat in tight spaces and attempt to make your way through the underworld as unobtrusively as possible. Negotiate dirty deals behind closed doors and earn rewards to rise the ladder of the game's well thought out progression system that goes far beyond normal upgradable stats like hit points and stamina. Build legal business with criminal means, convince someone to sell you their shop for a bargain, or turn a blind eye to what exactly they are doing in their back rooms. Since shady business is usually done in secret, you will have to find your own ways to uncover evidence against criminal gangs.

Where can I buy a Company of Crime Key?

With GameGator, you are able to compare 17 deals across verified and trusted stores to find the cheapest Company of Crime Key for a fair price. All stores currently listed have to undergo very specific testing to ensure that customer support, game deliveries, and the game keys themselves are of the highest quality. To sweeten the deal, we offer you specific discount codes, which you will not be able to find anywhere else. This allows us to beat all competitor prices and provide you with the cheapest, most trustworthy deals. If the current cheapest price of $0.81 for Company of Crime is too high, create a price alert and we will alert you through email, SMS, or discord the moment the Company of Crime price matches your budget.

Can I play Company of Crime immediately after the purchase?

What store should I choose for the best Company of Crime Deal?