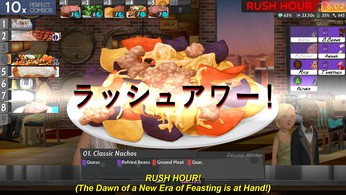 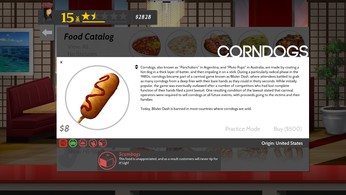 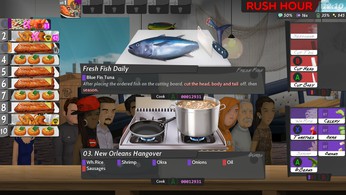 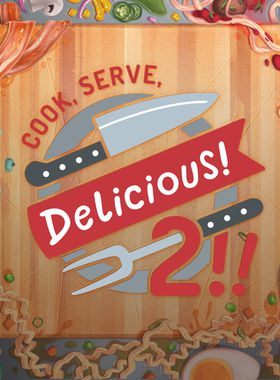 It was seemingly like any other morning at SherriSoda Tower as you take the elevator up to open Cook, Serve, Delicious!, a platinum star restaurant that was surging in popularity thanks to your amazing chef and management skills.

Just then, a swarm of police surround SherriSoda Tower. It seems the SherriSoda head executives were secretly stealing funds from the company at the same time they were incurring a staggering amount of debt, draining the accounts of the tower and several of the businesses inside of it, including CSD. Just like that, the tower was closed and put up for federal auction, including everything inside of it. It was all over…the Cook, Serve, Delicious! restaurant was no more.

Angry but determined to rebuild, you've scrounged up all of your personal life's savings and bought commercial space inside the Teragon Supertower, the largest skyscraper in the city. It's here that you will start a brand new Cook, Serve, Delicious! restaurant, build it back to its former glory, and rebuild your legacy as the best chef in the world.

Where can I buy a Cook, Serve, Delicious! 2 Key?

With GameGator, you are able to compare 19 deals across verified and trusted stores to find the cheapest Cook, Serve, Delicious! 2 Key for a fair price. All stores currently listed have to undergo very specific testing to ensure that customer support, game deliveries, and the game keys themselves are of the highest quality. To sweeten the deal, we offer you specific discount codes, which you will not be able to find anywhere else. This allows us to beat all competitor prices and provide you with the cheapest, most trustworthy deals. If the current cheapest price of $0.50 for Cook, Serve, Delicious! 2 is too high, create a price alert and we will alert you through email, SMS, or discord the moment the Cook, Serve, Delicious! 2 price matches your budget.

Can I play Cook, Serve, Delicious! 2 immediately after the purchase?

What store should I choose for the best Cook, Serve, Delicious! 2 Deal?