Cornerstone: The Song of Tyrim 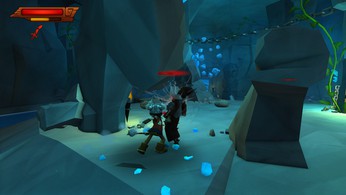 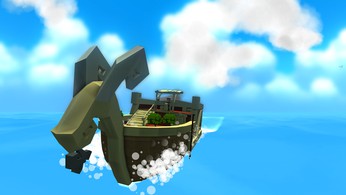 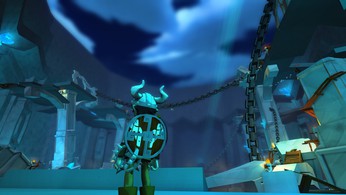 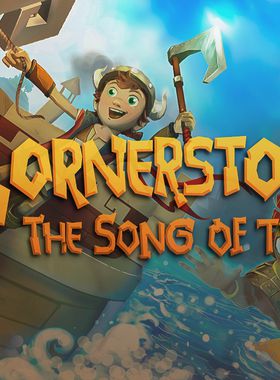 Cornerstone: The Song of Tyrim

About Cornerstone: The Song of Tyrim

Action role-playing, puzzle solving, and crafting combine in this sprawling open-world fantasy epic, which invites you to take on a range of sweeping quests, battle unforgettable adversaries, and experience the adventure of a lifetime. An interactive, physics-based world of wonder bursting with colorful characters and exotic islands filled with tricks, traps, and treasures to explore awaits your conquest as you gather fantastical artifacts and equipment which can be crafted into playable vehicles and more.

Its been weeks since anyone last saw the Viking men of the village of Borja, and young Tyrim is determined to set forth and find them. Wielding his crafting and combat skills, you'll set sail on the Mad Goat across the seas to uncover the world of Nygard's mysteries, collecting fabulous relics, uncovering forbidden secrets and magic, and ultimately challenging an ancient and unstoppable evil as you quest to bring the Vikings home.

Where can I buy a Cornerstone: The Song of Tyrim Key?

With GameGator, you are able to compare 9 deals across verified and trusted stores to find the cheapest Cornerstone: The Song of Tyrim Key for a fair price. All stores currently listed have to undergo very specific testing to ensure that customer support, game deliveries, and the game keys themselves are of the highest quality. To sweeten the deal, we offer you specific discount codes, which you will not be able to find anywhere else. This allows us to beat all competitor prices and provide you with the cheapest, most trustworthy deals. If the current cheapest price of $0.38 for Cornerstone: The Song of Tyrim is too high, create a price alert and we will alert you through email, SMS, or discord the moment the Cornerstone: The Song of Tyrim price matches your budget.

Can I play Cornerstone: The Song of Tyrim immediately after the purchase?

What store should I choose for the best Cornerstone: The Song of Tyrim Deal?