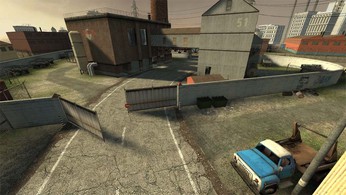 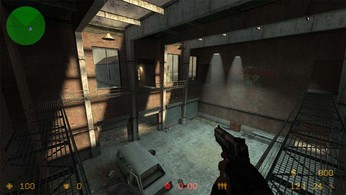 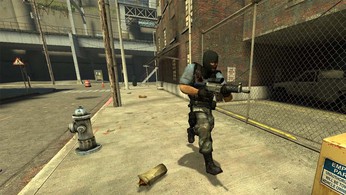 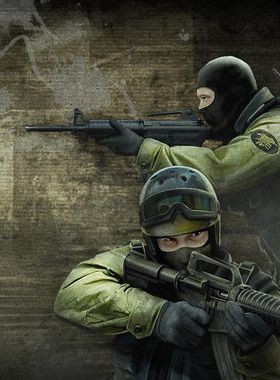 "Counter-Strike: Source" is the technically revamped successor to the well-known first-person shooter "Counter Strike". The game principle of "Counter Strike: Source" is closely based on the famous off-road game "Robbers and Gendarmes". However, this comparison only refers to an exclusively rule-based relationship. In "Counterstrike: Source" the player competes as part of one of two parties in a network game (usually via the Internet) against the opponent to fulfill a specific mission. This can be, for example, the defusing of a bomb. In this example, it would be the task of one party (terrorists) to place the bomb and ensure its detonation, and the other party (special task force) to defuse the bomb. To achieve this goal, the player has a wide range of weapons at his disposal, with the use of which the opponents can be made "harmless". At this point, it also becomes clear why the media and politicians have heavily criticized Counter-Strike in the past. Cited in the media whenever computer games and violence are discussed, the Counter-Strike series has become a symbol of violence in video games. The fact that Counter Strike works in a very reduced way stands for this image. The player takes the world from the first-person perspective (the first-person perspective, which also gives the genre of first-person shooters its name), and thus becomes the protagonist himself - the weapon always in front of his eyes. Furthermore, he pursues a clearly defined mission. In a deserted labyrinth-like environment, the sole objective is to achieve the mission goal. This is often only possible with the use of weapons, even though the game theoretically offers the possibility of a non-violent solution - but only in theory. "Counter Strike: Source" is not more brutal than most of its genre colleagues, but also far from being non-violent. The unique feature: Players should, besides a quick reaction ability, bring along a good portion of planning and tactical skills. Because in Counter-Strike, violence becomes the culmination of tactical planning. It is not the most brutal player who wins, but above all, the one who acts tactically and can work as part of a team. This initially positively connoted aspect is, however, the most significant criticism of the game. Teamwork and tactical thinking are encouraged, but for a violent goal.

Where can I buy a Counter-Strike: Source Key?

With GameGator, you are able to compare 7 deals across verified and trusted stores to find the cheapest Counter-Strike: Source Key for a fair price. All stores currently listed have to undergo very specific testing to ensure that customer support, game deliveries, and the game keys themselves are of the highest quality. To sweeten the deal, we offer you specific discount codes, which you will not be able to find anywhere else. This allows us to beat all competitor prices and provide you with the cheapest, most trustworthy deals. If the current cheapest price of $8.78 for Counter-Strike: Source is too high, create a price alert and we will alert you through email, SMS, or discord the moment the Counter-Strike: Source price matches your budget.

Can I play Counter-Strike: Source immediately after the purchase?

What store should I choose for the best Counter-Strike: Source Deal?