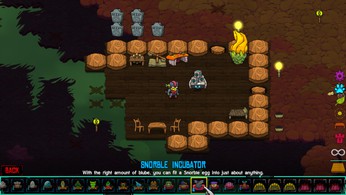 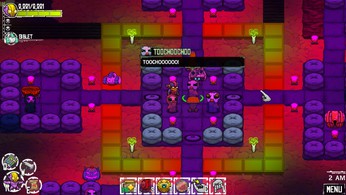 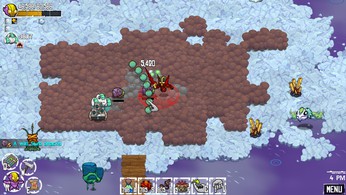 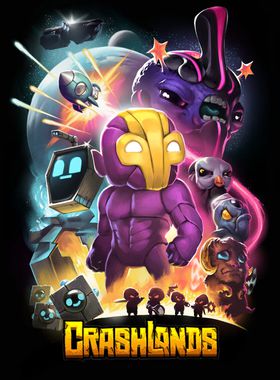 Craft, battle, and quest your way through Crashlands, a sprawling, outlandish adventure overflowing with sass.

Become Flux Dabes, a galactic trucker whose latest shipment gets hijacked by a chin-strapped menace named Hewgodooko, leaving you stranded on an alien planet. As you hustle to retrieve your packages you'll become enmeshed in a nefarious plot of world domination, which will require all of your wits and both of your glutes to overcome. Learn recipes from the local sentient life, uncover ancient secrets and deadly bosses, tame everything and build yourself a home-away-from-home as you learn to thrive on planet Woanope.

Where can I buy a Crashlands Key?

With GameGator, you are able to compare 12 deals across verified and trusted stores to find the cheapest Crashlands Key for a fair price. All stores currently listed have to undergo very specific testing to ensure that customer support, game deliveries, and the game keys themselves are of the highest quality. To sweeten the deal, we offer you specific discount codes, which you will not be able to find anywhere else. This allows us to beat all competitor prices and provide you with the cheapest, most trustworthy deals. If the current cheapest price of $0.70 for Crashlands is too high, create a price alert and we will alert you through email, SMS, or discord the moment the Crashlands price matches your budget.

Can I play Crashlands immediately after the purchase?

What store should I choose for the best Crashlands Deal?