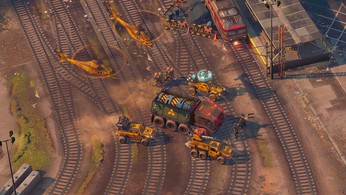 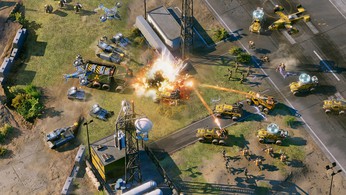 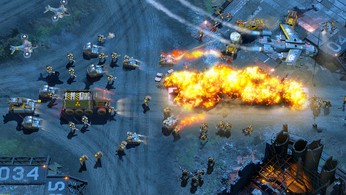 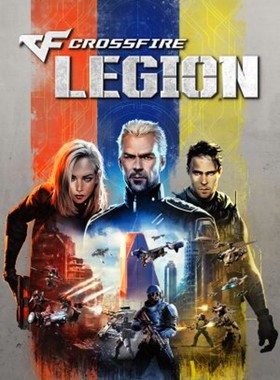 A New Generation of Warfare!

The world is in conflict. Black List and Global Risk are in a perpetual fight for the domination of their ideologies; but all is shaken up with the arrival of a new faction on the battlefield.

Lead your customized army to victory on the proving grounds of a not too distant futuristic world consumed by corporate conflict. Crossfire: Legion is the ultimate fast-paced real time strategy game.

Whether you are looking for a highly competitive experience or prefer a slightly more relaxed approach, Crossfire: Legion has something in store for you.

Prove your abilities in the online versus modes as you manage resources, consolidate a base and send your army to annihilate the enemies. Prepare yourself, on the field of battle, hesitation is your worst enemy.

Crossfire: Legion also comes choke-full of exciting multiplayer modes that will test the full gamut of your abilities as a commander, from strategist to tactician - and have you realize that not all enemies are terrible foes.

Unit control and tactics are core elements of Crossfire: Legion but success in battle starts before the first shots are fired.

In Multiplayer, you are in full control over the composition of your army. Choose between three factions and customize your roster by selecting your troops, infantry, vehicles and air units that will guarantee victory.

All armies are led by a Commander; choose yours wisely as they bring special commander abilities to the battlefield which just may turn the tide in critical situations.

Where can I buy a Crossfire: Legion Key?

With GameGator, you are able to compare 7 deals across verified and trusted stores to find the cheapest Crossfire: Legion Key for a fair price. All stores currently listed have to undergo very specific testing to ensure that customer support, game deliveries, and the game keys themselves are of the highest quality. To sweeten the deal, we offer you specific discount codes, which you will not be able to find anywhere else. This allows us to beat all competitor prices and provide you with the cheapest, most trustworthy deals. If the current cheapest price of $22.96 for Crossfire: Legion is too high, create a price alert and we will alert you through email, SMS, or discord the moment the Crossfire: Legion price matches your budget.

Can I play Crossfire: Legion immediately after the purchase?

What store should I choose for the best Crossfire: Legion Deal?