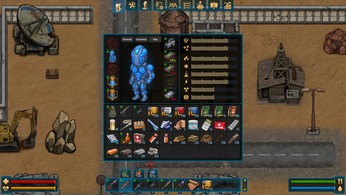 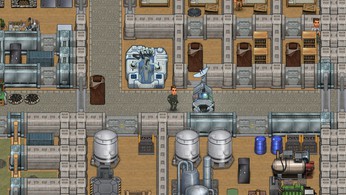 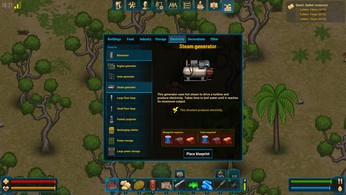 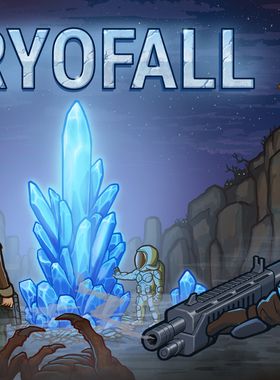 CryoFall is a sci-fi multiplayer colony simulation survival game set on a forgotten planet in a distant future. Join the vast world of CryoFall together with other survivors to rebuild your civilization from scratch. Start with primitive technology and simple tools and use them to progress towards modern industrial might and even beyond, eventually reaching space-age technology only seen in science fiction.

CryoFall can be played either as a relaxed PvE experience with no competition or as a brutal and unforgiving PvP. Make your choice and join one of many available servers with different game modes or host your own and invite your friends to join you! Build your house or a large base together with other players. Dig wells and create farms to sustain basic needs. Build vehicles to explore the world faster. Establish basics of science, all the way from medicine and chemistry to fuel creation and even lithium extraction to create electronic devices. Cook food or prepare drinks to sell them from vending machines in your store.

Build factories to produce on an industrial scale: Weapons and defense systems, bionic implants to augment yourself, even large war machines and artillery guns to use against the biggest of opponents.

Start with a small house and expand it as you progress through the technological stages. First into a large base, then invite other players and create an entire city full of infrastructure, industrial machines, agricultural sectors, shops, and more.

Where can I buy a CryoFall Key?

With GameGator, you are able to compare 28 deals across verified and trusted stores to find the cheapest CryoFall Key for a fair price. All stores currently listed have to undergo very specific testing to ensure that customer support, game deliveries, and the game keys themselves are of the highest quality. To sweeten the deal, we offer you specific discount codes, which you will not be able to find anywhere else. This allows us to beat all competitor prices and provide you with the cheapest, most trustworthy deals. If the current cheapest price of $1.61 for CryoFall is too high, create a price alert and we will alert you through email, SMS, or discord the moment the CryoFall price matches your budget.

Can I play CryoFall immediately after the purchase?

What store should I choose for the best CryoFall Deal?