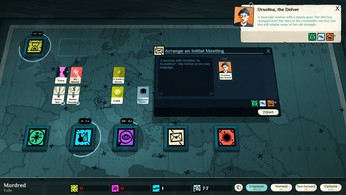 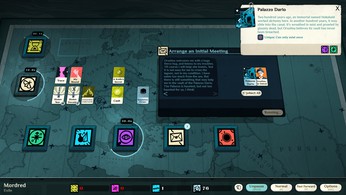 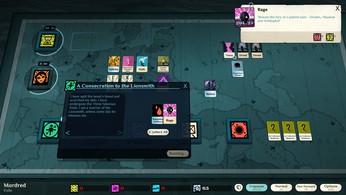 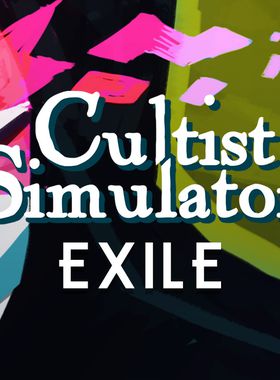 About Cultist Simulator: The Exile

The EXILE DLC is a story-focused add-on to Cultist Simulator, the award-winning Lovecraftian card game. Europe, 1925. There's the invisible world... and then there's the invisible underworld. The reckoner mobs exist on the fringes of the possible. They traffic in the most precious commodity imaginable: life, apportioned and credited in the Cindered Tally of the Madrugad.

You were one of them. Now you're on the run, with nothing but the clothes on your back and a staggering fortune in borrowed years. The reckoner lord you betrayed is intent on extracting every heartbeat you've stolen - even if he has to track you across three continents. Disappear into the mists of the Nameless Name of the Velvet... use your lethal loot to win favour and wealth and build a new life... or choose defiance, and attempt the impossible.

Where can I buy a Cultist Simulator: The Exile Key?

With GameGator, you are able to compare 6 deals across verified and trusted stores to find the cheapest Cultist Simulator: The Exile Key for a fair price. All stores currently listed have to undergo very specific testing to ensure that customer support, game deliveries, and the game keys themselves are of the highest quality. To sweeten the deal, we offer you specific discount codes, which you will not be able to find anywhere else. This allows us to beat all competitor prices and provide you with the cheapest, most trustworthy deals. If the current cheapest price of $1.06 for Cultist Simulator: The Exile is too high, create a price alert and we will alert you through email, SMS, or discord the moment the Cultist Simulator: The Exile price matches your budget.

Can I play Cultist Simulator: The Exile immediately after the purchase?

What store should I choose for the best Cultist Simulator: The Exile Deal?