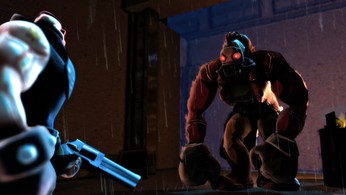 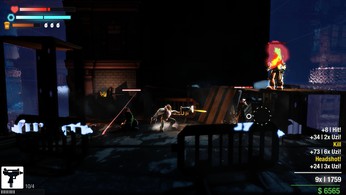 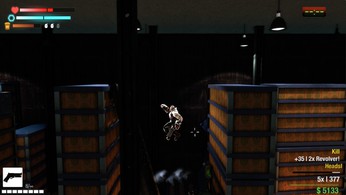 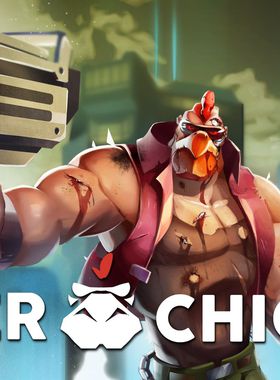 Cyber Chicken is 2.5D side-scrolling, rollicking adventure featuring 8, 375 pounds of cybernetic poultry as a futuristic killing machine on a quixotic mission to save the World from itself. A satirical romp across pop culture and modern life, the comic-book styled game features weapon-based gameplay, platforming elements and puzzles in a metrovania-designed World.

The story follows Cyber Chicken as he sets out to suppress a cyberpunk revolt in the dystopian New York City of the future. Cyber Chicken soon realizes hes been played the fool and must confront intergalactic forces spanning dimensions of time. From his mayhem-laced adventures into modern day New York City, Cyber Chicken reveals a grand conspiracy involving the likes of Big Bucks Coffee, The Fakebook and the intergalactic leader himself, GW!

Though humor is at the core, the experience is layered with rich and varied influences from literary, film, comic and video game classics, including Don Quixote, Brave New World, Terminator, Blade Runner, Batman, Duke Nukem and Super Metroid.

Where can I buy a Cyber Chicken Key?

With GameGator, you are able to compare 10 deals across verified and trusted stores to find the cheapest Cyber Chicken Key for a fair price. All stores currently listed have to undergo very specific testing to ensure that customer support, game deliveries, and the game keys themselves are of the highest quality. To sweeten the deal, we offer you specific discount codes, which you will not be able to find anywhere else. This allows us to beat all competitor prices and provide you with the cheapest, most trustworthy deals. If the current cheapest price of $0.39 for Cyber Chicken is too high, create a price alert and we will alert you through email, SMS, or discord the moment the Cyber Chicken price matches your budget.

Can I play Cyber Chicken immediately after the purchase?

What store should I choose for the best Cyber Chicken Deal?