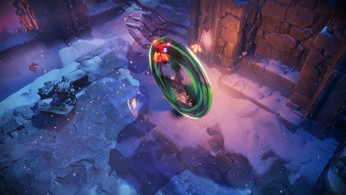 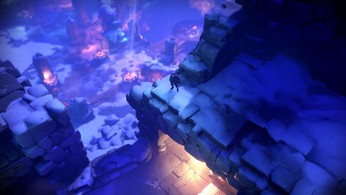 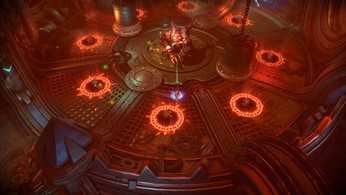 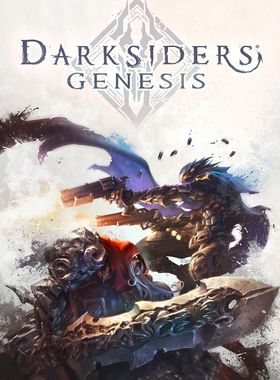 Relive the prehistory of Darksiders and the origin of the Seven Seals. The two apocalyptic riders War and Strife compete against Lucifer, the deceptive demon king planning to upset the balance between heaven and hell. It is up to the two riders to hunt down the demons, as Strife also starts to questions the Council's motives. War is already known as the main character from Darksiders. He is a melee fighter who is at home using powerful swinging attacks and flames in the midst of battle. Strife, in contrast, celebrates his serial debut in this game. He is quite the opposite to War, since he is a pistol-wielding long-distance fighter. He can shoot with two single rifles or assemble and fire both weapons for a more powerful shot. Like War, he can quickly dodge enemies to get out of their way. Intermediate sequences are realised by drawn character portraits in the style of Battle Chasers: Nightwar.

Where can I buy a Darksiders Genesis Key?

With GameGator, you are able to compare 34 deals across verified and trusted stores to find the cheapest Darksiders Genesis Key for a fair price. All stores currently listed have to undergo very specific testing to ensure that customer support, game deliveries, and the game keys themselves are of the highest quality. To sweeten the deal, we offer you specific discount codes, which you will not be able to find anywhere else. This allows us to beat all competitor prices and provide you with the cheapest, most trustworthy deals. If the current cheapest price of $4.35 for Darksiders Genesis is too high, create a price alert and we will alert you through email, SMS, or discord the moment the Darksiders Genesis price matches your budget.

Can I play Darksiders Genesis immediately after the purchase?

What store should I choose for the best Darksiders Genesis Deal?