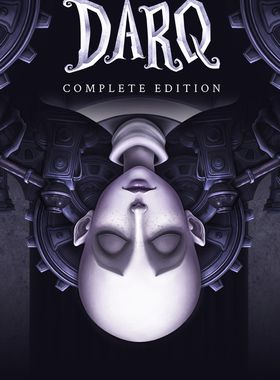 DARQ tells the story of Lloyd, a boy who becomes aware of the fact that he is dreaming. To Lloyd's misfortune, the dream quickly turns into a nightmare and all attempts to wake up end in failure. While exploring the darkest corners of his subconscious, Lloyd learns how to survive the nightmare by bending the laws of physics and manipulating the fluid fabric of the dream world.

Apart from gravity-defying puzzles, Lloyd will have to use stealth when nearby enemies. He has no chance of winning in an open confrontation, since the creatures he will encounter are much more powerful and faster than him. Instead, he has to rely on careful planning to avoid getting detected.

Psychological horror set in a lucid dream, relying on slow build and creepy atmosphere rather than gore and violence. Sound design by Bjørn Jacobsen, known for his work on such games as Cyberpunk 2077 and Hitman. Puzzles that involve bending the laws of physics (walking on walls and ceilings) , manipulating the dream world (moving things, rotating rooms), collecting and using found objects, and avoiding enemies. Hidden secrets to find (optional, for hardcore players only)

Where can I buy a Darq Key?

With GameGator, you are able to compare 12 deals across verified and trusted stores to find the cheapest Darq Key for a fair price. All stores currently listed have to undergo very specific testing to ensure that customer support, game deliveries, and the game keys themselves are of the highest quality. To sweeten the deal, we offer you specific discount codes, which you will not be able to find anywhere else. This allows us to beat all competitor prices and provide you with the cheapest, most trustworthy deals. If the current cheapest price of $2.51 for Darq is too high, create a price alert and we will alert you through email, SMS, or discord the moment the Darq price matches your budget.

Can I play Darq immediately after the purchase?

What store should I choose for the best Darq Deal?