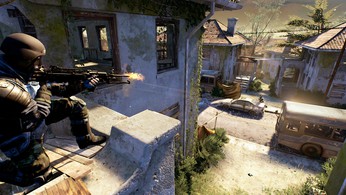 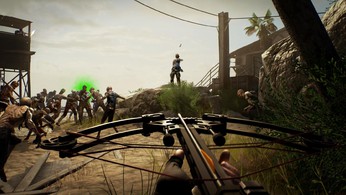 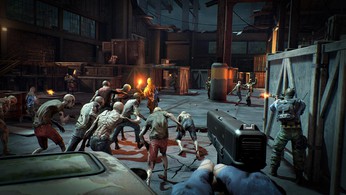 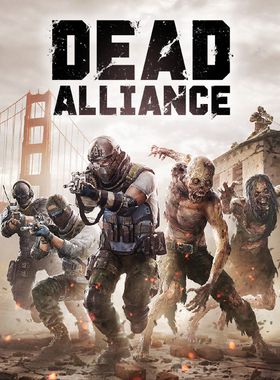 Dead Alliance is a fast-paced, multiplayer first-person zombie shooter set in a post-apocalyptic world, where former military bases have been turned into the only remaining city-states. Build your squad and take strategic control of bases across maps infected with zombies, using the dead themselves as weapons against your opposing faction. Armed with a variety of loadouts that range from guns to pheromone grenades, youll face off against enemy armies and gruesome, human-eating killers - all while attempting to capture and control as many bases as possible. The world is a wasteland, and your only hope for survival is to use the dead...or join them.

• Frenzied Multiplayer Action. Play tight-knit 4v4, Capture and Hold, King of the Hill, Free for All, Team Deathmatch and more.

• Seize the Dead. Think quick and strategically use zombies to distract, disable and attack your opponents. Utilize a variety of zMods including lures, pheromone grenades, and traps to get the zombies working for you!

• Zombie-MOBA. Capture your opponent's home base to win, maneuvering between lanes in a zombie jungle.

• Single Player Ops. Test your mettle against the undead and AI opponents across varied objectives.

Where can I buy a Dead Alliance Key?

With GameGator, you are able to compare 8 deals across verified and trusted stores to find the cheapest Dead Alliance Key for a fair price. All stores currently listed have to undergo very specific testing to ensure that customer support, game deliveries, and the game keys themselves are of the highest quality. To sweeten the deal, we offer you specific discount codes, which you will not be able to find anywhere else. This allows us to beat all competitor prices and provide you with the cheapest, most trustworthy deals. If the current cheapest price of $1.65 for Dead Alliance is too high, create a price alert and we will alert you through email, SMS, or discord the moment the Dead Alliance price matches your budget.

Can I play Dead Alliance immediately after the purchase?

What store should I choose for the best Dead Alliance Deal?