Dead by Daylight - A Binding of Kin Chapter 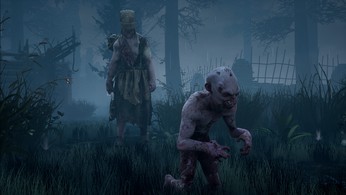 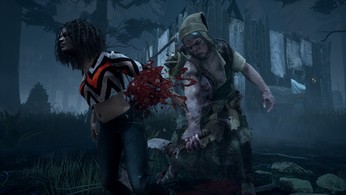 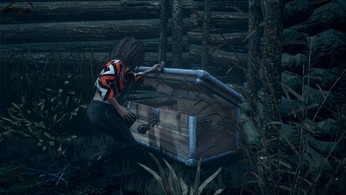 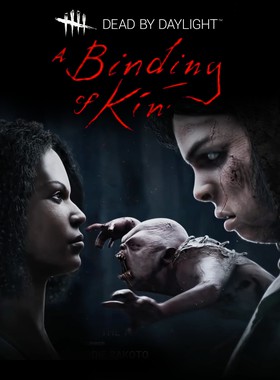 Dead by Daylight - A Binding of Kin Chapter

About Dead by Daylight - A Binding of Kin Chapter

A Binding of Kin is a new Chapter for Dead by Daylight. It includes a unique Killer but 2 characters: The Twins (Charlotte & Victor), and a Survivor, Élodie Rakoto. Purchasing the add - on will unlock its new Killers, new Survivor, and an exclusive item for the Survivor: Élodie's Sunset Crop.

The new Killer comes as a pair: conjoined twins from 17th century France, Charlotte and Victor Deshayes – The Twins – formed an emotional bond like none other. After a life of hardship and suffering, The Entity has twisted their love for one another into something truly terrifying. The new Survivor is Élodie Rakoto. Cunning, smart, and resolute, Élodie spent her life trying to uncover the mystery of her parents' disappearance. Grief - stricken and guilt - ridden, Élodie turned to the occult to find the answers she was looking for.

A pair of conjoined twins from 17th century France, Charlotte and Victor Deshayes formed an emotional bond like none other. Born into a life of persecution, they fled to the countryside with their mother, Madeleine, accused by witch hunters of birthing demons. When the trio was finally caught, the children were forced to watch their mother burn before being sold to a mysterious group clad in black cloaks. Prisoners to the cult, they took part in unusual experiments, their animosity towards humanity growing each day. The pair eventually fled, in the process burning the cult's temple to the ground. Though Charlotte ran to the safety of a nearby forest, her brother—still affixed to her body—died in the escape.

For years to come, Charlotte skulked through the alleys and sewers of France, stealing and finding shelter where she could, avoiding the black cloaks at all cost. She made sure to tend to the corpse of her rotting brother, seeing him as her only remaining family. During a frigid winter, Charlotte, weakened and starving, realized her time was coming to an end. As she gave into the comfort of death, a vicious shriek pierced her ears. Impossibly, Victor spasmed and flailed from her chest, spilling to the ground in a bloody puddle. Before she could react, the boy skittered into a dense, unnatural fog that grew around the two. Stunned, yet horrified at the thought of losing Victor, she charged into the fog, determined to reunite with her only kin.

Where can I buy a Dead by Daylight - A Binding of Kin Chapter Key?

With GameGator, you are able to compare 17 deals across 8 verified and trusted stores to find the cheapest Dead by Daylight - A Binding of Kin Chapter Key for a fair price. All stores currently listed have to undergo very specific testing to ensure that customer support, game deliveries, and the game keys themselves are of the highest quality. To sweeten the deal, we offer you 5 specific discount codes, which you will not be able to find anywhere else. This allows us to beat all competitor prices and provide you with the cheapest, most trustworthy deals. If the current cheapest price of $3.03 for Dead by Daylight - A Binding of Kin Chapter is too high, create a price alert and we will alert you through email, SMS, or discord the moment the Dead by Daylight - A Binding of Kin Chapter price matches your budget.

Can I play Dead by Daylight - A Binding of Kin Chapter immediately after the purchase?

What store should I choose for the best Dead by Daylight - A Binding of Kin Chapter Deal?