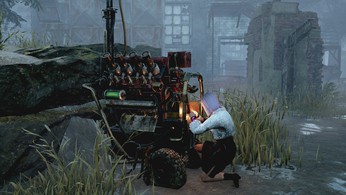 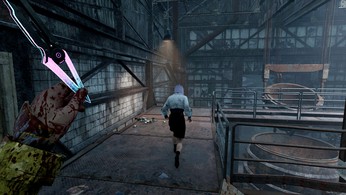 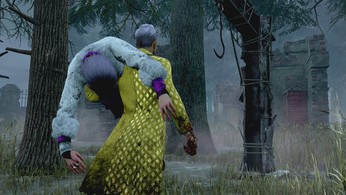 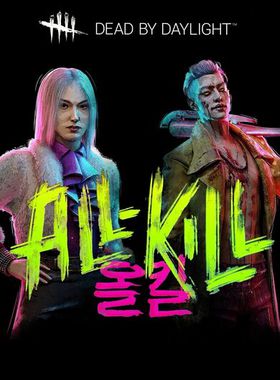 About Dead by Daylight - All-Kill Chapter

All-Kill is a new Chapter for Dead by Daylight. It includes a Killer, The Trickster, and a Survivor, Yun-Jin Lee. Purchasing the add-on will unlock its new Killer, new Survivor, and an exclusive item for the survivor: Yun-Jin's Polka Dotted Blouse.

The new killer is Ji-Woon Hak, better known to fans across the globe as The Trickster. Famed singer by day, calculating serial killer by night, The Trickster thirsts for notoriety above all, treating both his music and his murders as high art. He was beckoned into The Fog on the eve of his most gruesome performance with the promise of an eager audience and an endless encore. The new Survivor is Yun-Jin Lee, a resilient and ambitious music producer who built her reputation on the success of her one and only client – The Trickster. Ignoring evidence of his true nature in favor of her career, Yun-Jin now stands to pay the ultimate price for her decision.

A vain and talented singer, Ji-Woon thrived under the attention of others. His talent caught the attention of Yun-Jin Lee, a producer with Mightee One Entertainment. She recruited him into the boy band, NO SPIN, kickstarting a lifestyle of fame and celebrity. Yet, over time, the thrill faded. He begrudged his bandmates for dividing the adoration deserved for himself. When a fire broke out in their studio, he left them to die, their pleas for salvation exciting him. Emerging from the inferno, he played the part of bereaved survivor, though he secretly harbored a newfound addiction in controlling the lives—and deaths—of others. He began abducting victims to torture and kill. Murder scenes became elaborate art pieces, and the screams of the dead were recorded and secretly woven into his tracks.

Where can I buy a Dead by Daylight - All-Kill Chapter Key?

With GameGator, you are able to compare 17 deals across 9 verified and trusted stores to find the cheapest Dead by Daylight - All-Kill Chapter Key for a fair price. All stores currently listed have to undergo very specific testing to ensure that customer support, game deliveries, and the game keys themselves are of the highest quality. To sweeten the deal, we offer you 5 specific discount codes, which you will not be able to find anywhere else. This allows us to beat all competitor prices and provide you with the cheapest, most trustworthy deals. If the current cheapest price of $3.39 for Dead by Daylight - All-Kill Chapter is too high, create a price alert and we will alert you through email, SMS, or discord the moment the Dead by Daylight - All-Kill Chapter price matches your budget.

Can I play Dead by Daylight - All-Kill Chapter immediately after the purchase?

What store should I choose for the best Dead by Daylight - All-Kill Chapter Deal?