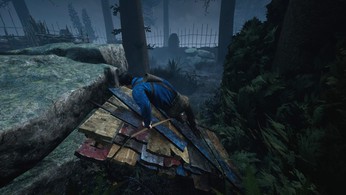 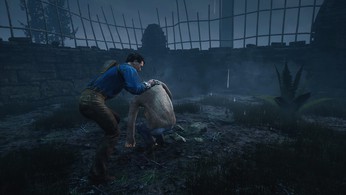 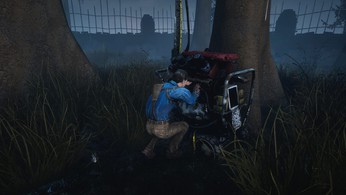 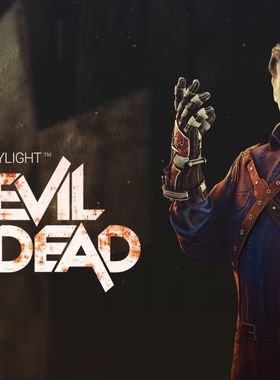 About Dead by Daylight - Ash vs Evil Dead

Ash vs Evil Dead is a brand-new character for Dead by Daylight. Purchasing the Ash vs Evil Dead DLC will unlock a new survivor, Ash Williams and an exclusive item for him. Ashley J. Williams, the legendary hero from the Ash vs Evil Dead horror series, has entered the realm of the Entity. While this time the chainsaw is not his to wield, Ash knows how to escape gruesome death. Wander through The Fog as Ash and escape evil once more.

During a weekend at a cabin, Ash uncovered the Necronomicon Ex-Mortis (Book of the Dead) and awoke something dark in the woods. Evil possessed his friends, whom he was forced to kill, and his right hand, which he sawed off. For the next thirty years, Ash ran from his past, working at a Value Stop department store and seducing women in dive bars. But he screwed up one night when he read from the Necronomicon to impress a woman. Evil found him once more. After a terrible fight, Ash, drawing his last breath, was taken by the Knights of Sumeria and transported into the future. But after his deal with a demon went South, Ash found himself in the realm of the Entity, without shotgun or chainsaw.

Where can I buy a Dead by Daylight - Ash vs Evil Dead Key?

With GameGator, you are able to compare 15 deals across verified and trusted stores to find the cheapest Dead by Daylight - Ash vs Evil Dead Key for a fair price. All stores currently listed have to undergo very specific testing to ensure that customer support, game deliveries, and the game keys themselves are of the highest quality. To sweeten the deal, we offer you specific discount codes, which you will not be able to find anywhere else. This allows us to beat all competitor prices and provide you with the cheapest, most trustworthy deals. If the current cheapest price of $1.78 for Dead by Daylight - Ash vs Evil Dead is too high, create a price alert and we will alert you through email, SMS, or discord the moment the Dead by Daylight - Ash vs Evil Dead price matches your budget.

Can I play Dead by Daylight - Ash vs Evil Dead immediately after the purchase?

What store should I choose for the best Dead by Daylight - Ash vs Evil Dead Deal?