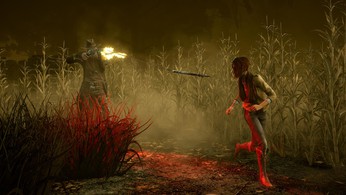 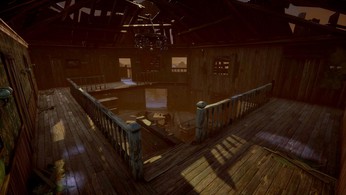 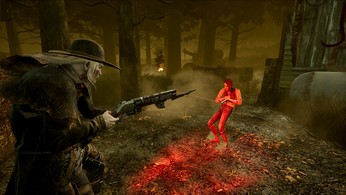 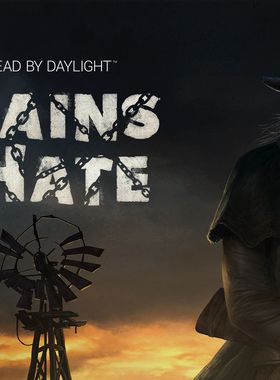 About Dead by Daylight - Chains of Hate Chapter

Chains of Hate is a new Chapter for Dead by Daylight. It includes a Killer, The Deathslinger, a Survivor, Zarina Kassir and a Map. The Chains of Hate Chapter includes a new map, the Dead Dawg Saloon, in the ghost town of Glenvale. The Deathslinger, a former bounty hunter with a chip on his shoulder is the new Killer. Following the massacre of those who had betrayed him at Hellshire Penitentiary, The Deathslinger was lured into the Realm of the Entity where he now uses his unique invention—a rifle that fires a chain—to round up survivors for The Entity. The new survivor is Zarina Kassir, a modern day cowboy using her camera and filmmaking skills to help those who cannot help themselves. As she investigated the circumstances around the 'Mad Mick Massacre' at Hellshire prison, she unravelled more than she bargained for.

A brilliant and fiery-tempered engineer, Caleb Quinn made a career out of revenge. When his wealthy employer, Henry Bayshore, stole the patents to his inventions, he broke into a violent, bloody rage. For fifteen years, Caleb languished in Hellshire Penitentiary, paying for his crimes. While doing his time, the warden asked him for a favor—fill the private prison with inmates. In return, the warden would use his political connections to imprison Bayshore for life. Caleb agreed. He returned to his workshop and created a pressure-based spear gun that allowed him to capture fugitives alive. With a gang of released inmates in his employ, Caleb hunted the countryside as a brutally efficient bounty hunter. But for all he did, he was just a pawn in a rich man's game. The warden betrayed him, selling Hellshire Penitentiary to Bayshore. In a fury, Caleb stormed Hellshire with his gang, killing anyone who stood in his way. The massacre ended with Bayshore and the warden bloody and dying, left for the inmates to finish off.

Where can I buy a Dead by Daylight - Chains of Hate Chapter Key?

With GameGator, you are able to compare 15 deals across verified and trusted stores to find the cheapest Dead by Daylight - Chains of Hate Chapter Key for a fair price. All stores currently listed have to undergo very specific testing to ensure that customer support, game deliveries, and the game keys themselves are of the highest quality. To sweeten the deal, we offer you specific discount codes, which you will not be able to find anywhere else. This allows us to beat all competitor prices and provide you with the cheapest, most trustworthy deals. If the current cheapest price of $5.15 for Dead by Daylight - Chains of Hate Chapter is too high, create a price alert and we will alert you through email, SMS, or discord the moment the Dead by Daylight - Chains of Hate Chapter price matches your budget.

Can I play Dead by Daylight - Chains of Hate Chapter immediately after the purchase?

What store should I choose for the best Dead by Daylight - Chains of Hate Chapter Deal?