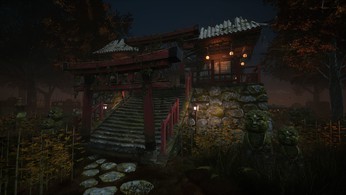 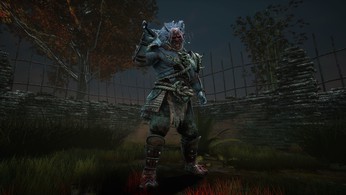 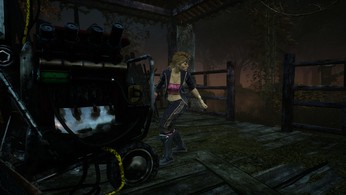 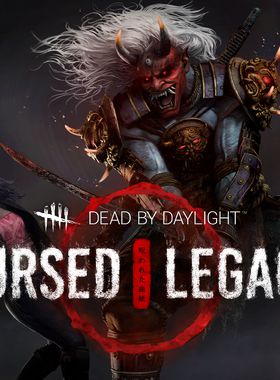 The Cursed Legacy Chapter includes a new map, the Sanctum of Wrath. The Oni is the new Killer. A former Samurai corrupted by the Entity and turned into a dark reflection of his inner angst, a hideous creature of rage, an embodiment of wrath and cruelty that reigns terror upon his victims. The new survivor is Yui Kimura. A rebel against traditions, a protector to those who cannot protect themselves, an exceptional motorcyclist who suddenly finds herself in an endless race for her life. The Cursed Legacy Chapter also features an exclusive cosmetic item: Yui's Pink Striped Top.

What does it mean to be authentic? How does one follow one's destiny despite the pressures of family and tradition? Often following one's path is a strenuous, narrow struggle full of unexpected joys and difficulties. Ultimately it's about finding the balance between tradition and self-actualization. But as one struggles for identity, decisions are made and consequences, good or bad, must be faced.

Heir to a famous Japanese swordsmanship school, Kazan Yamaoka sought to surpass his reputation as a warrior by turning his back on honor and family and embarking on a dark pilgrimage of bloodlust. As he waged his personal war against self-proclaimed samurai, he was bestowed with the derogatory and despised nickname of Oni-Yamaoka, a reference to the hideous creature of legend. One day, he met his fate as his former victims took revenge on him. It drew the Entity's attention and he was deemed worthy of becoming part of its world, joining the other killers there, but ironically under the very form he had been compared to in his former life.

Where can I buy a Dead by Daylight - Cursed Legacy Chapter Key?

With GameGator, you are able to compare 15 deals across verified and trusted stores to find the cheapest Dead by Daylight - Cursed Legacy Chapter Key for a fair price. All stores currently listed have to undergo very specific testing to ensure that customer support, game deliveries, and the game keys themselves are of the highest quality. To sweeten the deal, we offer you specific discount codes, which you will not be able to find anywhere else. This allows us to beat all competitor prices and provide you with the cheapest, most trustworthy deals. If the current cheapest price of $3.71 for Dead by Daylight - Cursed Legacy Chapter is too high, create a price alert and we will alert you through email, SMS, or discord the moment the Dead by Daylight - Cursed Legacy Chapter price matches your budget.

Can I play Dead by Daylight - Cursed Legacy Chapter immediately after the purchase?

What store should I choose for the best Dead by Daylight - Cursed Legacy Chapter Deal?