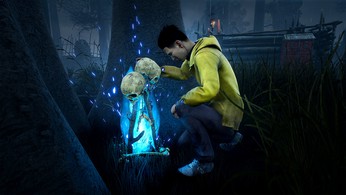 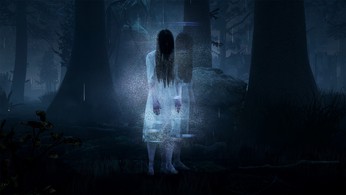 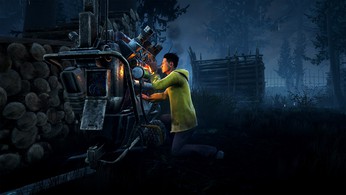 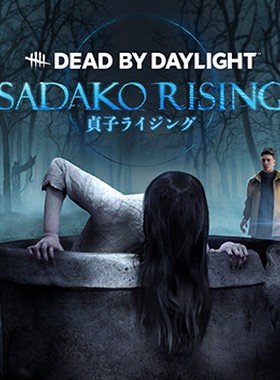 From the depths, a dark presence stirs. Spread the curse to Dead by Daylight, with a new Chapter inspired by Kōji Suzuki's novel Ringu and the original film adaptation. Sadako Rising features a new Killer – The Onryō – and a new Survivor, Yoichi Asakawa. Purchasing this add-on also unlocks an exclusive charm: Cursed Videotape.

The Killer is Sadako, The Onryō. With immense powers and a fearsome temper, Sadako was left to perish in a watery grave. Her violent wrath manifested into a cursed videotape that condemns its viewers to a chilling fate.

The Onryō's Power: Deluge of Fear

Sadako begins each trial Undetectable and invisible to Survivors who aren't close to her. When near a Survivor her presence is intermittently revealed. To attack, Sadako can Manifest at will into her material form, becoming visible in the process.

Sadako can also take material form by Projecting through one of the many TVs throughout the map. Upon doing so, Sadako will teleport to the TV's location and emerge, increasing the Condemned progress of any nearby Survivor. When a Survivor reaches a full Condemned meter, they can be instantly killed when downed.

Survivors can slow Sadako's Projection by retrieving tapes from TVs, temporarily shutting them down in the process – though in doing so, an additional Condemned progress is gained. There is one specific TV per trial that will allow Survivors to lower their Condemned level.

Where can I buy a Dead by Daylight - Sadako Rising Chapter Key?

With GameGator, you are able to compare 8 deals across verified and trusted stores to find the cheapest Dead by Daylight - Sadako Rising Chapter Key for a fair price. All stores currently listed have to undergo very specific testing to ensure that customer support, game deliveries, and the game keys themselves are of the highest quality. To sweeten the deal, we offer you specific discount codes, which you will not be able to find anywhere else. This allows us to beat all competitor prices and provide you with the cheapest, most trustworthy deals. If the current cheapest price of $6.46 for Dead by Daylight - Sadako Rising Chapter is too high, create a price alert and we will alert you through email, SMS, or discord the moment the Dead by Daylight - Sadako Rising Chapter price matches your budget.

Can I play Dead by Daylight - Sadako Rising Chapter immediately after the purchase?

What store should I choose for the best Dead by Daylight - Sadako Rising Chapter Deal?