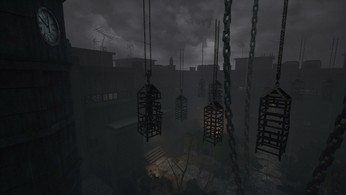 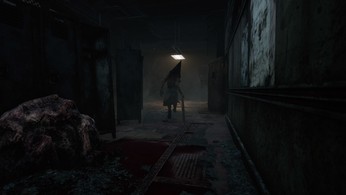 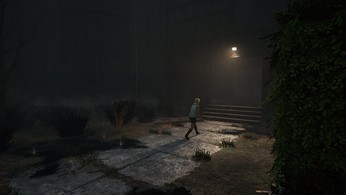 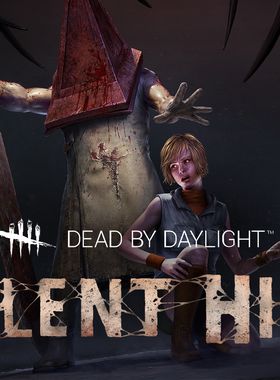 Silent Hill is a new Chapter for Dead by Daylight. It includes a Killer, The Executioner, a Survivor, Cheryl Mason, and a Map. Purchasing the add-on will unlock its new Killer, new Survivor, and an exclusive Universal Charm: the Seal of Metatron.

The Silent Hill Chapter includes a new map, Midwich Elementary School: the childhood trauma that once took place in its halls has since manifested itself into a twisted, nightmarish design. The new Killer is The Executioner: take control of Pyramid Head and wield his great knife to unleash his twisted brand of punishment on all who cross him. The new Survivor is Cheryl Mason, a courageous, outspoken woman who survived the hellish Otherworld of Silent Hill, and exacted revenge on the Order that killed her father. With experience beyond her years, she's prepared to once again stand against any evil that confronts her.

A sadistic and merciless executioner, Pyramid Head is fixated on dispensing punishment through pain. Encumbered by the steel frame upon his head and with a hulking great blade in tow, he stalked the hellish corridors of Silent Hill, committed to a duty that no one truly understood. Where he trod, even monsters fled for the shadows, and those who crossed his path fell victim to unrestrained acts of aggression. When his duty was complete and his presence no longer needed, he prepared for the long rest—and yet, his skills were required elsewhere. The fog that streamed over him was somehow different than that he was accustomed to in Silent Hill, as if each wisp contained the nerves of a creature, writhing, seeking him out. There was an unspoken agreement in that moment. The billowing cloud was an invitation to duty and sadism, and Pyramid Head, taking a step into the fog, accepted his obligation once more.

Where can I buy a Dead By Daylight - Silent Hill Chapter Key?

With GameGator, you are able to compare 17 deals across verified and trusted stores to find the cheapest Dead By Daylight - Silent Hill Chapter Key for a fair price. All stores currently listed have to undergo very specific testing to ensure that customer support, game deliveries, and the game keys themselves are of the highest quality. To sweeten the deal, we offer you specific discount codes, which you will not be able to find anywhere else. This allows us to beat all competitor prices and provide you with the cheapest, most trustworthy deals. If the current cheapest price of $3.81 for Dead By Daylight - Silent Hill Chapter is too high, create a price alert and we will alert you through email, SMS, or discord the moment the Dead By Daylight - Silent Hill Chapter price matches your budget.

Can I play Dead By Daylight - Silent Hill Chapter immediately after the purchase?

What store should I choose for the best Dead By Daylight - Silent Hill Chapter Deal?