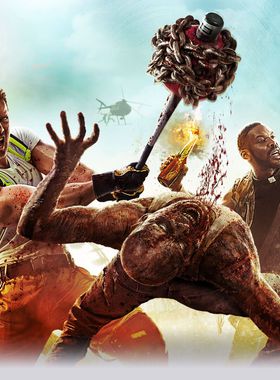 A few months after the events on Banoi, the US military has quarantined California. As a restricted area, the Golden State becomes a bloody zombie nightmare for those who dare not leave their homes, and a paradise for those seeking fame, adventure and a fresh start.

Thanks to Unreal Engine 4, Dead Island 2 offers a seamless multiplayer mode for up to eight players, who can play with or against each other and each on their own. The individual classes provide a varied gameplay - from the action-oriented Berserker to the Hunter specialized in ranged combat, each character has its own style of play, weapons and skills.

Where can I buy a Dead Island 2 Key?

With GameGator, you are able to compare 3 deals across verified and trusted stores to find the cheapest Dead Island 2 Key for a fair price. All stores currently listed have to undergo very specific testing to ensure that customer support, game deliveries, and the game keys themselves are of the highest quality. To sweeten the deal, we offer you specific discount codes, which you will not be able to find anywhere else. This allows us to beat all competitor prices and provide you with the cheapest, most trustworthy deals. If the current cheapest price of $30.58 for Dead Island 2 is too high, create a price alert and we will alert you through email, SMS, or discord the moment the Dead Island 2 price matches your budget.

Can I play Dead Island 2 immediately after the purchase?

What store should I choose for the best Dead Island 2 Deal?