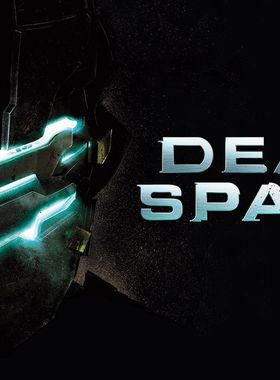 "Dead Space" (2008) was one of the most intense video game experiences of recent years. The science-fiction horror action-adventure was staged in such a creepy, heart-pounding, nerve-racking way, that it was hardly possible to play the game for a more extended period. The enemy and sound design were added to the game to make it more intense and disturbing. The disfigured, formerly human beings looked as if the Irish painter Francis Bacon had torn them from his nightmares into virtual reality. The developers of Visceral Games succeeded just as expressively in weaving the sound carpet of the game. Shrill and unpleasant monster noises, diffuse whispers, and the sound of big industry created an ominous atmosphere. Also, the game not only raised the level of violence in a video game to an extremely high standard but advertised it as a tactical dismemberment. Now the sequel, which has been re-released for 18 years, has been released and will be pedagogically analyzed as far as possible in this review. So much can already be anticipated. The age rating of the game must be strictly adhered to, as immensely disturbing content intended for an adult audience is shown. Even adult players who have no weakness for creepiness, splatter, and tension should steer clear of the game. This all sounds a bit like advertising now, but it's not. But these mentioned elements were used by Publisher Electronics Arts in a criticized marketing campaign. But more about that in the central part. "Dead Space 2" is a feast for horror fans and gamers who like to be chased by scary creatures through narrow and dark corridors. The game conveys an uncomfortable, but also the inspiring atmosphere. This tension can be felt on your duck skin.

Where can I buy a Dead Space 2 Key?

With GameGator, you are able to compare 23 deals across verified and trusted stores to find the cheapest Dead Space 2 Key for a fair price. All stores currently listed have to undergo very specific testing to ensure that customer support, game deliveries, and the game keys themselves are of the highest quality. To sweeten the deal, we offer you specific discount codes, which you will not be able to find anywhere else. This allows us to beat all competitor prices and provide you with the cheapest, most trustworthy deals. If the current cheapest price of $3.50 for Dead Space 2 is too high, create a price alert and we will alert you through email, SMS, or discord the moment the Dead Space 2 price matches your budget.

Can I play Dead Space 2 immediately after the purchase?

What store should I choose for the best Dead Space 2 Deal?