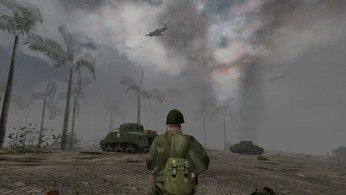 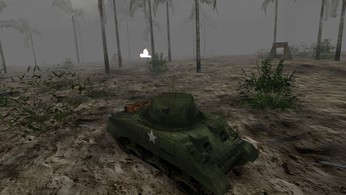 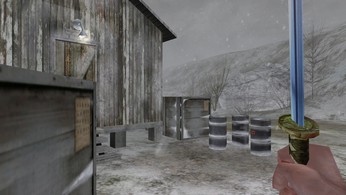 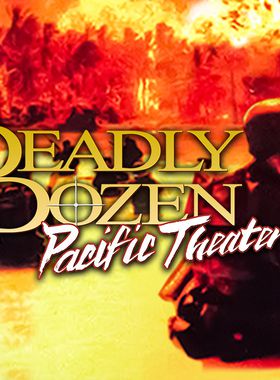 In 1942, specially trained soldiers were deployed to carry out commando-style missions against the forces of Japan. They were cold as steel and could strike without warning. Through sweltering rainforests, sun-baked coral beaches and stinking mangrove swamps, these skilled heroes took the war to the Japanese. This is the story of that 12-man unit, known only as... The Deadly Dozen.

Penetrate the island strongholds of Japanese Imperial forces with your squad of commandos in this tactical World War II first person shooter. Stealth, a cool head and your M1 may buy you one more day. Can you survive the hard-edged intensity of the Pacific theater?

12 men, 1 chance! Due to changes in networking technology since the time of this game's original release, multiplayer is not supported for this version of the game.

Where can I buy a Deadly Dozen: Pacific Theater Key?

With GameGator, you are able to compare 3 deals across verified and trusted stores to find the cheapest Deadly Dozen: Pacific Theater Key for a fair price. All stores currently listed have to undergo very specific testing to ensure that customer support, game deliveries, and the game keys themselves are of the highest quality. To sweeten the deal, we offer you specific discount codes, which you will not be able to find anywhere else. This allows us to beat all competitor prices and provide you with the cheapest, most trustworthy deals. If the current cheapest price of $5.02 for Deadly Dozen: Pacific Theater is too high, create a price alert and we will alert you through email, SMS, or discord the moment the Deadly Dozen: Pacific Theater price matches your budget.

Can I play Deadly Dozen: Pacific Theater immediately after the purchase?

What store should I choose for the best Deadly Dozen: Pacific Theater Deal?