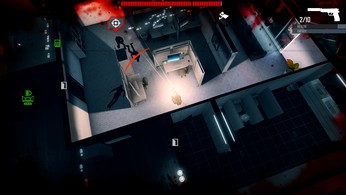 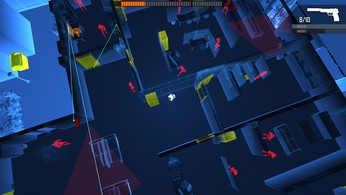 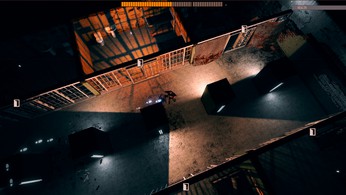 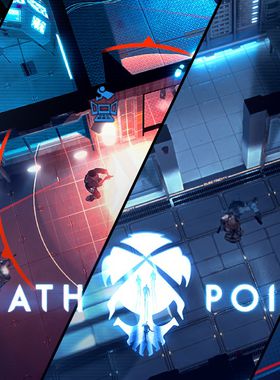 Death Point is a classic stealth-action, which not only should inspire player but also surprise him. It's an adventure, filled with excitement and empathy. At first glance, you get almost traditional game, tightly staffed with hard levels and various tasks. Instead you are immersed in a different world, fully associating yourself with the main character. "Shooting targets in the maze" suddenly turns into immersive story, tangled with details, with purpose and meaning.

Character, whom you take under his wing not in the best moment of his life, is alive, and helping him to get out of trouble, you and a mysterious voice in his head will solve the mystery, which turns your little adventure in a thriller. You'll have to get out of the underground prison cell, walk on the streets of a strange city, get to a ruined cemetery and under ground again before you ascend almost to the sky. He who seeks, always finds, but will he be happy about it? They say storits like this are based on true events. In our case, this will be based of future events. Prepare to be amazed.

Only two from your group have survived: you (agent) & she (operator). She is blocked somewhere at the enemy's territory, while you woke up in a prison, barely alive, but determined to get revenge. The countdown has started. Elimination sensors are already ticking in your heads. The mission success & your future depends solely on you. All you have to do is to find the girl and call for evac. Hurry up!

Where can I buy a Death Point Key?

With GameGator, you are able to compare 5 deals across verified and trusted stores to find the cheapest Death Point Key for a fair price. All stores currently listed have to undergo very specific testing to ensure that customer support, game deliveries, and the game keys themselves are of the highest quality. To sweeten the deal, we offer you specific discount codes, which you will not be able to find anywhere else. This allows us to beat all competitor prices and provide you with the cheapest, most trustworthy deals. If the current cheapest price of $1.89 for Death Point is too high, create a price alert and we will alert you through email, SMS, or discord the moment the Death Point price matches your budget.

Can I play Death Point immediately after the purchase?

What store should I choose for the best Death Point Deal?