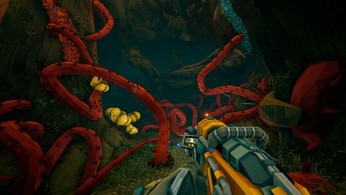 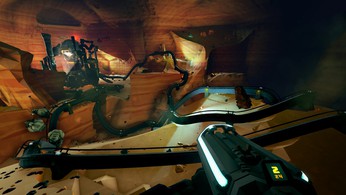 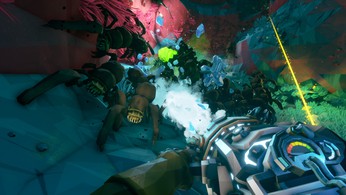 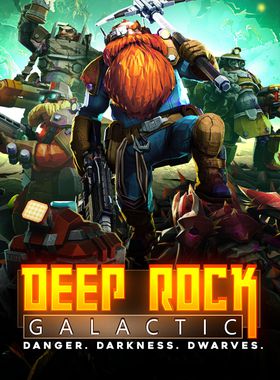 Deep Rock Galactic is an attractive action and exploration offer with a nice science fiction background. Ghost Ship Games for PC and Xbox One, with support for Xbox One X, is a work that focuses mainly on the cooperative character and collaboration between one and four players in the key of first-person shooter. With an emphasis on teamwork and with multiple class options to choose from, Deep Rock Galactic offers procedurally generated worlds with enormous destructiveness to modify with the tools you get. The goal? To survive hordes and hordes of dangerous aliens within a frenetic FPS with an added touch of interest.

You're one of four dwarfs who work in a mining company dedicated to extracting the precious materials. You may be a gunner, engineer, drill, or scout. Each dwarf is a different class with different skills, weapons, and roles to fill on the digging team. Depending on your playing style, you'll be in charge of lighting up the dark caves, shredding the wall to get through faster, building instant platforms on the wall, or creating zip lines to get the whole team through.No matter how you move, everyone will have to fight for their survival when the swarm arrives. Depending on your character, your weapons will change, some more powerful than others, but all useful for survival.

Once you have loaded your materials or completed your mission, the recovery capsule arrives for the dwarves who have managed to return in time. If you fell in combat or took too long, the mission will fail, and everything will have been in vain... or almost, because despite how fatalistic it may sound, you will wake up in the infirmary with a lot of pain and with only some of the rewards that would have been yours if you had wolfed it. No way, you'll just have to do better next time.

Where can I buy a Deep Rock Galactic Key?

With GameGator, you are able to compare 38 deals across verified and trusted stores to find the cheapest Deep Rock Galactic Key for a fair price. All stores currently listed have to undergo very specific testing to ensure that customer support, game deliveries, and the game keys themselves are of the highest quality. To sweeten the deal, we offer you specific discount codes, which you will not be able to find anywhere else. This allows us to beat all competitor prices and provide you with the cheapest, most trustworthy deals. If the current cheapest price of $2.91 for Deep Rock Galactic is too high, create a price alert and we will alert you through email, SMS, or discord the moment the Deep Rock Galactic price matches your budget.

Can I play Deep Rock Galactic immediately after the purchase?

What store should I choose for the best Deep Rock Galactic Deal?