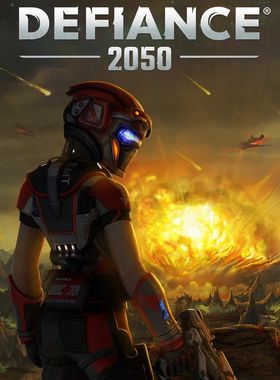 Join your friends and become an Ark Hunter in a massive cooperative online shooter like no other. Choose from an array of fully customizable weapons and classes, explore a unique futuristic open world, and engage in epic fast-paced third-person shooter combat.

• Seek fame and fortune as an Ark Hunter in a compelling sci-fi narrative
• Fight it out through fast-paced third-person shooter combat in a massive open world
• Battle alien races alongside hundreds of other players in massive dynamic world events
• Craft a perfect Ark Hunter via thousands of unique class, weapon, and upgrade combinations
• Test your arsenal against other players in instanced battlegrounds and giant 64x64 open world battles
• Join up as a 4-person squad and challenge punishing story driven instances
• Race from battle to battle across a devastated Earth using dozens of futuristic vehicles

With GameGator, you are able to compare deals across verified and trusted stores to find the cheapest Defiance 2050 Key for a fair price. All stores currently listed have to undergo very specific testing to ensure that customer support, game deliveries, and the game keys themselves are of the highest quality. To sweeten the deal, we offer you specific discount codes, which you will not be able to find anywhere else. This allows us to beat all competitor prices and provide you with the cheapest, most trustworthy deals. If the current cheapest price for Defiance 2050 is too high, create a price alert and we will alert you through email, SMS, or discord the moment the Defiance 2050 price matches your budget.

Can I play Defiance 2050 immediately after the purchase?

What store should I choose for the best Defiance 2050 Deal?