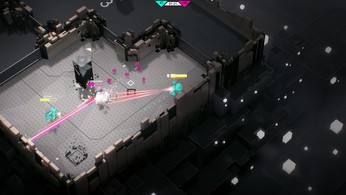 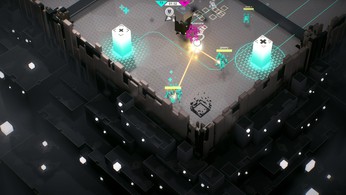 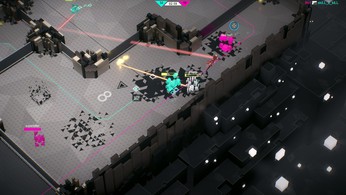 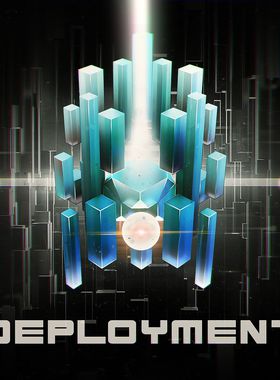 After the Last War, civilization is on the brink of disappearing. However, and thanks to technology, the world is still running on autopilot… for now. Computers are keeping all critical systems running – and whoever controls these computers will rule the entire world. Factories, transportation grids, energy plants: every single critical system in the world is ruled by a computer connected to the Etherweb. What is left of the old governments and megacorporations are fighting to control these systems and take over the world. Infosoldiers, artificial intelligences made of pure information, fight this endless war.

Deploy your troops and get ready for epic battles in Deployment, the new competitive top-down shooter game by the creators of We Are The Dwarves!

Choose a class and get ready for battle

Explore a randomly-generated maze and fight against other players or the AI in a fast-paced, intense action gameplay that will put your skills and reflexes to the test. Capture and defend System turrets to gain a tactical advantage. Gain experience to upgrade your classes. Climb the leaderboard with your friends and become the best infosoldier in the world!

Rocketeer: armored infosoldiers, RPG Gunners can take a lot of damage and fire powerful, area-of-attack projectiles to defend their teammates.

Key Features
- Fight intense battles in this thrilling competitive multiplayer top-down shooter
- Navigate randomly-generated battlefields where every combat is unique
- Challenge your friends or strangers over the Internet in free-for-all or team-based deathmatch in Multiplayer modes…
- …or train your skills against AI bots in Single Player mode
- Choose between five classes with varied weapons, skills, and ultimate attacks
- Develop your classes and choose between different skills and perks to suit your playstyle
- Assemble a team and climb the leaderboards to become the best Infosoldiers Squad in the world
- Capture System turrets to gain tactical advantages in an original room-control mechanic

Where can I buy a Deployment Key?

With GameGator, you are able to compare 12 deals across verified and trusted stores to find the cheapest Deployment Key for a fair price. All stores currently listed have to undergo very specific testing to ensure that customer support, game deliveries, and the game keys themselves are of the highest quality. To sweeten the deal, we offer you specific discount codes, which you will not be able to find anywhere else. This allows us to beat all competitor prices and provide you with the cheapest, most trustworthy deals. If the current cheapest price of $0.17 for Deployment is too high, create a price alert and we will alert you through email, SMS, or discord the moment the Deployment price matches your budget.

Can I play Deployment immediately after the purchase?

What store should I choose for the best Deployment Deal?