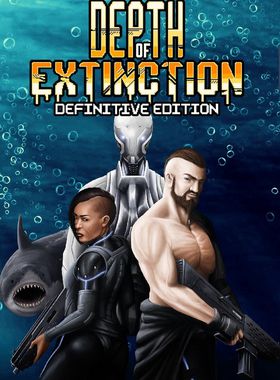 About Depth of Extinction

In a flooded future world rife with violence, rumors of killer machines have spread far and wide. As a number of factions emerge – violently vying for power – you become the sole defender of humanity's last standing government. Only you can create the ultimate squad and save humanity in this turn based, tactical RPG with roguelike elements. The game had some issues at launch but has had five major updates since then to directly address much of the feedback in that initial wave of reviews.

Where can I buy a Depth of Extinction Key?

With GameGator, you are able to compare 5 deals across 5 verified and trusted stores to find the cheapest Depth of Extinction Key for a fair price. All stores currently listed have to undergo very specific testing to ensure that customer support, game deliveries, and the game keys themselves are of the highest quality. To sweeten the deal, we offer you specific discount codes, which you will not be able to find anywhere else. This allows us to beat all competitor prices and provide you with the cheapest, most trustworthy deals. If the current cheapest price of $14.99 for Depth of Extinction is too high, create a price alert and we will alert you through email, SMS, or discord the moment the Depth of Extinction price matches your budget.

Can I play Depth of Extinction immediately after the purchase?

What store should I choose for the best Depth of Extinction Deal?