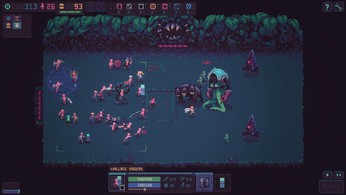 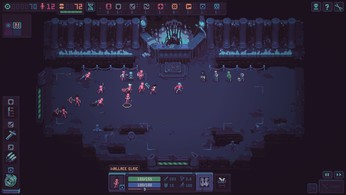 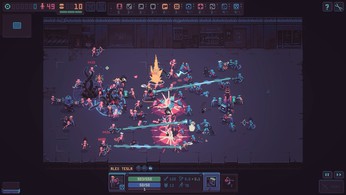 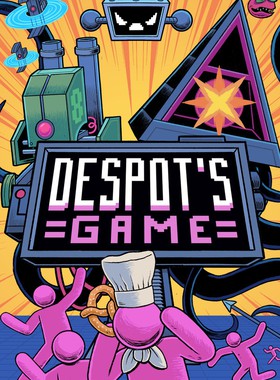 Despot's Game is rogue-like tactics with turbo-charged battles. Build a team and sacrifice the heck out of them to rush through enemies... and other players! A group of people wake up in a strange post-apocalyptic labyrinth — naked, with no memories and with a bunch of weapons. Is this a joke, a crazy experiment, or... a game? You'll find out soon enough, just try not to die first! Your puny squad is capable of much more. Choose your loot and transform the squishy humans into wizards, cultists, ninjas and dozens of other heroes, including the mythical stale pretzel throwers. With perks and class combos, there are thousands of ways to build your army. The man-eating cabbage will appreciate the variety in its diet!

If you can survive the labyrinth, you'll meet THE UNSTOPPABLE END-GAME BUILDS OF OTHER PLAYERS! You'll beat each other to death and only one will be spared by d'Spot. No offense, but in his own game he writes the rules! Prepare your warriors and let them fight it out on their own! Indirect combat allows you to focus heavily on tactical considerations rather than reflexes. Strengthen your front line with fridge-movers, aim your food-throwers and look after your Forbidden Summoners!

The dungeons are generated from scratch every time, and there is no chance puny humans will ever find the way out! And even if they strike lucky — don't worry, there are endless ways to die in Despot's Game!

Where can I buy a Despot's Game Key?

With GameGator, you are able to compare 24 deals across verified and trusted stores to find the cheapest Despot's Game Key for a fair price. All stores currently listed have to undergo very specific testing to ensure that customer support, game deliveries, and the game keys themselves are of the highest quality. To sweeten the deal, we offer you specific discount codes, which you will not be able to find anywhere else. This allows us to beat all competitor prices and provide you with the cheapest, most trustworthy deals. If the current cheapest price of $7.27 for Despot's Game is too high, create a price alert and we will alert you through email, SMS, or discord the moment the Despot's Game price matches your budget.

Can I play Despot's Game immediately after the purchase?

What store should I choose for the best Despot's Game Deal?