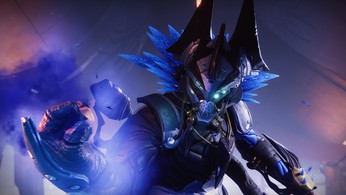 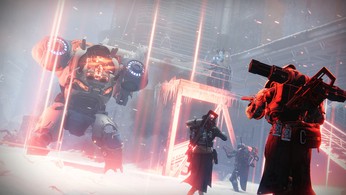 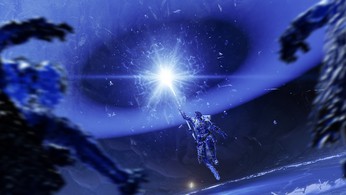 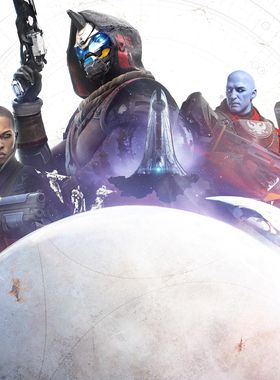 About Destiny 2: Beyond Light

In Destiny 2: Beyond Light, you return to the icy borderlands of Europa. A new power has risen from the ancient pyramid, united under the banner of the Fallen Kell of Darkness, Eramis. Join forces with other guardians and fight against the dark empire. For it must be destroyed at all costs, even if that means using the darkness yourself. For Beyond Light, the story authors of Destiny 2 have once again put all their efforts into creating a new, exciting chapter. An epic adventure awaits, which will answer some of the questions that Destiny players have long been asking themselves. Typical for Bungie, the story is enormously cinematic and elaborately staged. You can not only look forward to a thrilling story, but also many atmospheric moments, which are among the best of what we have seen so far from Destiny.

Your return to Europa will not only unveil a new quest line, but also many new bonuses. Like new exotic equipment that uses advanced technology and which, according to a legend, lies amongst the ruins of Europa. Defy harsh weather conditions and uncover secrets that lie deep below the ice, including the all new raid: Deep Stone Crypt. A new threat is looming, as well as a new mysterious power - Stasis. Rooted in darkness, Guardians will use this new, elemental powert to dominate the battlefield, to control the course of battle with stasis fields, and to surround and crush enemies with destructive power. The scattered houses of the Fallen have gathered and built a new empire united under the banner of the Fallen Cellar of Darkness, Eramis. Abandoned by the traveller and abandoned by the light, Eramis embarks on its journey into darkness and on a collision course with the Keepers.

Where can I buy a Destiny 2: Beyond Light Key?

With GameGator, you are able to compare 41 deals across verified and trusted stores to find the cheapest Destiny 2: Beyond Light Key for a fair price. All stores currently listed have to undergo very specific testing to ensure that customer support, game deliveries, and the game keys themselves are of the highest quality. To sweeten the deal, we offer you specific discount codes, which you will not be able to find anywhere else. This allows us to beat all competitor prices and provide you with the cheapest, most trustworthy deals. If the current cheapest price of $9.54 for Destiny 2: Beyond Light is too high, create a price alert and we will alert you through email, SMS, or discord the moment the Destiny 2: Beyond Light price matches your budget.

Can I play Destiny 2: Beyond Light immediately after the purchase?

What store should I choose for the best Destiny 2: Beyond Light Deal?