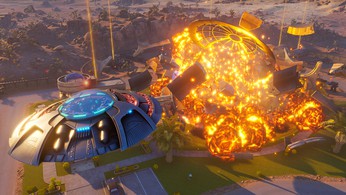 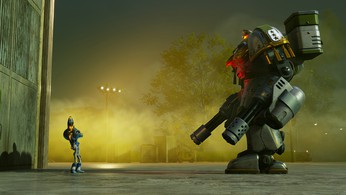 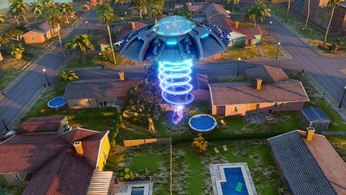 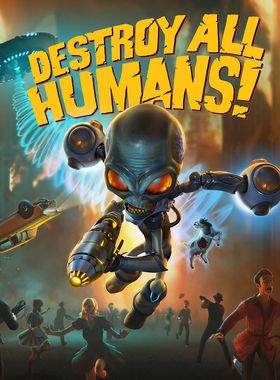 About Destroy All Humans!

Terrorise the earthlings of the 1950's as the nasty alien Crypto-137. Harvest brains, topple the US government, and use alien weapons and psychic abilities to wipe out the puny humans. Destroy all cities and kick mankind's butt!

The wacky action adventure Destroy All Humans! is one of the classics of the PlayStation 2 era. Luckily, the brave developers of Black Forest Games for THQ Nordic have now dared to remake it and have added in a lot of improvements. The premise remains the same: an alien, called Crypto, is sent on a secret mission to planet earth to prepare the humans for an upcoming invasion. But this turns out to be a mammoth task, which the permanently bad-tempered alien did not expect.

When Destroy All Humans! first released in 2005, it wasn't off to a great start in its time. Partly due to its intrusive humour, the somewhat stiff controls, and the less than family-friendly theme. Action adventure games, however, have become cult by now and 15 years later, you can now enjoy prettier graphics and better controls. Take apart America's small towns of the 50s and free the earthlings from their bloated brains once again. Or push over cows - whichever you prefer.

Where can I buy a Destroy All Humans! Key?

With GameGator, you are able to compare 26 deals across verified and trusted stores to find the cheapest Destroy All Humans! Key for a fair price. All stores currently listed have to undergo very specific testing to ensure that customer support, game deliveries, and the game keys themselves are of the highest quality. To sweeten the deal, we offer you specific discount codes, which you will not be able to find anywhere else. This allows us to beat all competitor prices and provide you with the cheapest, most trustworthy deals. If the current cheapest price of $5.11 for Destroy All Humans! is too high, create a price alert and we will alert you through email, SMS, or discord the moment the Destroy All Humans! price matches your budget.

Can I play Destroy All Humans! immediately after the purchase?

What store should I choose for the best Destroy All Humans! Deal?