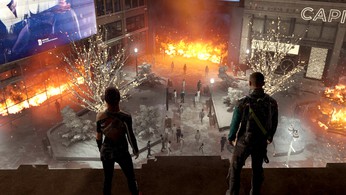 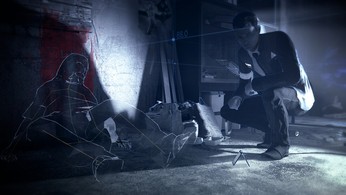 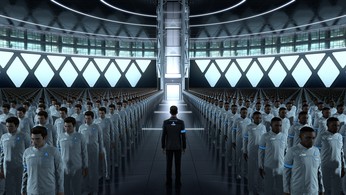 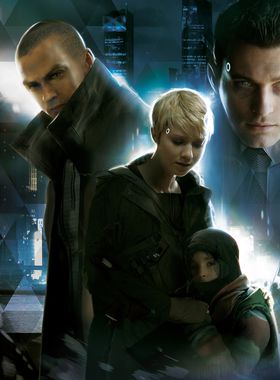 The year is 2038, and technology has evolved, and human-like androids have become an integral part of humanity's everyday life. These androids are guards, domestic helpers, and do other menial jobs and the needs of biological humans. They are programmed to obey and carry out the orders and commands of their owners. However, there are more and more deviants (deviants) who rebel against their program code and strive for an independent life. The players take on the role of three very different androids who are looking for their place in life. Again and again, the players get into situations in which they have to make decisions in dialogues and actions. These decisions influence the course of the game, and the story can take different turns. For example, do you decide on a pacifist or a rebellious way? Or do you sacrifice other characters to protect yourself and your people? The story demands moral and ethical decisions again and again, and in the end, it is always about the question of whether androids should have the same rights as humans. Detroit: Become Human paints a dystopian future and raises many postmodern questions. Empathy, one's morals, and also diplomatic skills are constantly challenged. As an interactive film, the plot itself can be influenced, although it is not always clear which decisions lead to which results. The characters are very realistically staged not only because of the fantastic graphics but also because of their authentic portrayal so that one can quickly identify with them. The whole atmosphere is mostly rather gloomy, and many situations are difficult and depressing.

Where can I buy a Detroit: Become Human Key?

With GameGator, you are able to compare 27 deals across verified and trusted stores to find the cheapest Detroit: Become Human Key for a fair price. All stores currently listed have to undergo very specific testing to ensure that customer support, game deliveries, and the game keys themselves are of the highest quality. To sweeten the deal, we offer you specific discount codes, which you will not be able to find anywhere else. This allows us to beat all competitor prices and provide you with the cheapest, most trustworthy deals. If the current cheapest price of $12.76 for Detroit: Become Human is too high, create a price alert and we will alert you through email, SMS, or discord the moment the Detroit: Become Human price matches your budget.

Can I play Detroit: Become Human immediately after the purchase?

What store should I choose for the best Detroit: Become Human Deal?