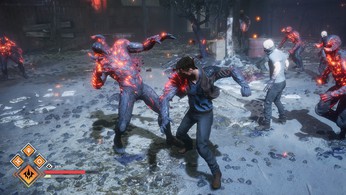 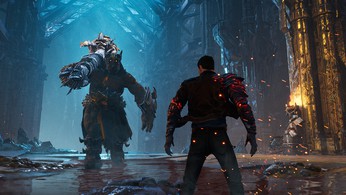 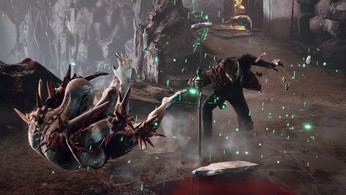 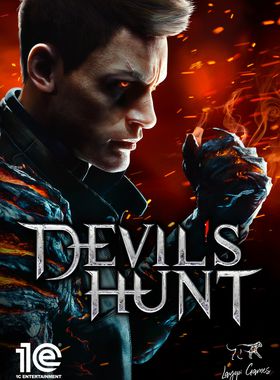 Based on the original novel by Paweł Leśniak, "Equilibrium", this third-person action game resurrects the everlasting fight between light and darkness, as a full-fledged war between Angels and Demons seems imminent and our world is the proposed battleground.

You play as Desmond, once a bon vivant son of a rich entrepreneur. Desmond's life has been drawn into a sequence of unfortunate events that have led him to lose most of his humanity. Making a deal with the devil, Desmond gains demonic powers, becoming the hell's executor. He is both the destroyer and the savior, with his human part gradually deteriorating as his hunger for vengeance grows. He fights fiercely with his fists and claws, making use of the skills offered by his demonic and human side. Passing through the gates of hell and back, he will eventually have to decide about his impact on the future of humanity.

Punch, slash, and kick your way through the armies of demons and angels in Devil's Hunt hack 'n slash battles. Unleash your inner demon by flipping between Desmond's human and infernal form. Choose between 3 different fighting schools to conquer each challenge your way! Devil's Hunt is based on the Polish novel series and its story is told through cinematic cutscenes. Devil's Hunt takes Desmond to many locations, including hell itself. Venture into rich environments like Miami, and Jerusalem.

Where can I buy a Devil's Hunt Key?

With GameGator, you are able to compare 26 deals across verified and trusted stores to find the cheapest Devil's Hunt Key for a fair price. All stores currently listed have to undergo very specific testing to ensure that customer support, game deliveries, and the game keys themselves are of the highest quality. To sweeten the deal, we offer you specific discount codes, which you will not be able to find anywhere else. This allows us to beat all competitor prices and provide you with the cheapest, most trustworthy deals. If the current cheapest price of $1.62 for Devil's Hunt is too high, create a price alert and we will alert you through email, SMS, or discord the moment the Devil's Hunt price matches your budget.

Can I play Devil's Hunt immediately after the purchase?

What store should I choose for the best Devil's Hunt Deal?