Diplomacy is Not an Option 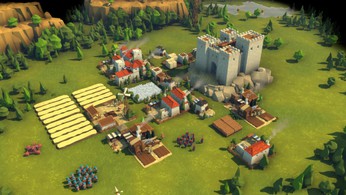 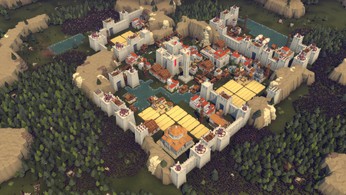 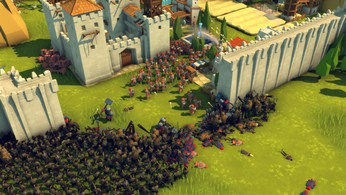 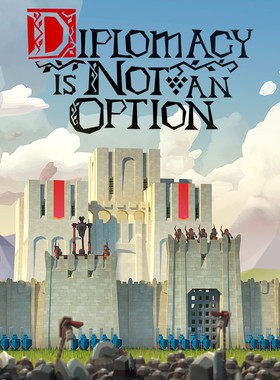 Diplomacy is Not an Option

About Diplomacy is Not an Option

Step into the well-worn shoes of our Hero: a long-suffering minor Lord, who is forced by circumstances to engage in battle with vastly superior enemy forces. Boxed in a by a quarrelsome king, duplicitous advisors, and enemies on all sides, there is no recourse to resolve this peacefully. It seems that Diplomacy Is Not an Option!

Experience warfare on an entirely new scale as over 10 THOUSAND enemy units assault your castle walls. Do you have what it takes to save the kingdom? Is the kingdom even worth saving? Your King is a mighty, and bold leader. The only thing he loves more than drinking is fighting, and he's done a lot of it. Whilst waging foreign wars and conquests, the lands at home have been neglected; infrastructure is decaying, and the people are slowly starving. The ground is fertile for the seeds of rebellion!

Misled by feckless advisors the King cares not for the bureaucracy of statecraft, so when the masses rise up there is little warning or aide to be found. You alone must don the helm of battle and defend your lands from the murderous peasants. But victory will grant you scarce relief as you are the only one proven capable of protecting the kingdom. You must put down the rebellions, flush out its leaders, and restore stability.

Rumours abound of vast treasures in distant lands, exactly what the King needs to feed the people and fund more beer and war. Will you do as your sovereign bids and set sail to replenish the palace coffers? Surely the native peoples will offer no resistance to your pilfering. What could go wrong? Diplomacy Is Not an Option takes the laws of physics very seriously: there are no hit-scan crossbows to be found here! Your archers and siege engines will need clear trajectories to hit their targets, so good placement of your towers and defences is vital.

Thousands of enemy soldiers will advance on your walls and archers positioned behind them must fire up and over; dramatically reducing their range and accuracy. Providing your units with elevated firing positions will greatly increase their effectiveness. Likewise, a ballista or catapult-thrown boulder will do no good if they crash into a cliff mid-flight.

Where can I buy a Diplomacy is Not an Option Key?

With GameGator, you are able to compare 13 deals across verified and trusted stores to find the cheapest Diplomacy is Not an Option Key for a fair price. All stores currently listed have to undergo very specific testing to ensure that customer support, game deliveries, and the game keys themselves are of the highest quality. To sweeten the deal, we offer you specific discount codes, which you will not be able to find anywhere else. This allows us to beat all competitor prices and provide you with the cheapest, most trustworthy deals. If the current cheapest price of $13.16 for Diplomacy is Not an Option is too high, create a price alert and we will alert you through email, SMS, or discord the moment the Diplomacy is Not an Option price matches your budget.

Can I play Diplomacy is Not an Option immediately after the purchase?

What store should I choose for the best Diplomacy is Not an Option Deal?