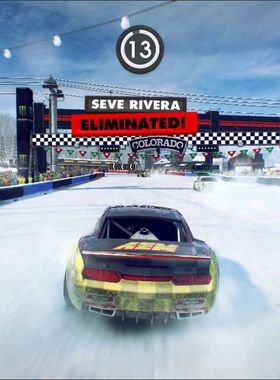 DiRT Showdown is a dive in and drive adrenaline rush of speed, style and destruction from the creators of the multi-award winning DiRT series. Players jump into a new world of arcade racing with pick up and play controls, speeding, tricking and smashing their way to Showdown finals to compete against rivals in front of thousands of fans in a vibrant festival atmosphere.

There are three broad categories to DiRT Showdown's stunning world of action-sport racing. Players will use nitrous to blast past rivals and negotiate courses filled with ramps, multiple routes and obstacles in racing events. Gaming's most advanced damage engine is pushed to its limits in demolition derby events, where players smash and crash their way to victory in jaw-dropping, bone-jarring style. Finally, in Hoonigan events gamers can demonstrate their freestyle driving skill in huge free-roaming stunt parks with new accessible controls.

Where can I buy a DiRT: Showdown Key?

With GameGator, you are able to compare 16 deals across verified and trusted stores to find the cheapest DiRT: Showdown Key for a fair price. All stores currently listed have to undergo very specific testing to ensure that customer support, game deliveries, and the game keys themselves are of the highest quality. To sweeten the deal, we offer you specific discount codes, which you will not be able to find anywhere else. This allows us to beat all competitor prices and provide you with the cheapest, most trustworthy deals. If the current cheapest price of $1.06 for DiRT: Showdown is too high, create a price alert and we will alert you through email, SMS, or discord the moment the DiRT: Showdown price matches your budget.

Can I play DiRT: Showdown immediately after the purchase?

What store should I choose for the best DiRT: Showdown Deal?