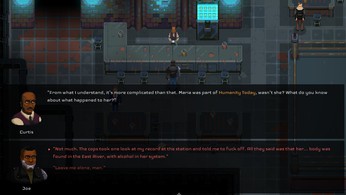 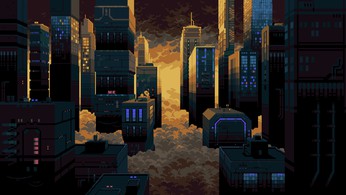 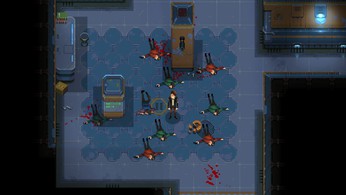 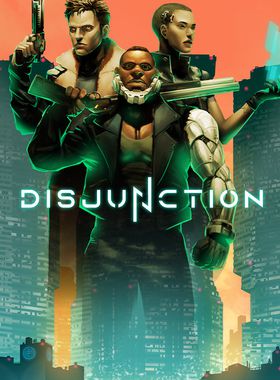 2048. Following the arrest of a prominent community leader, New York stands in disarray. Suspicions and allegations run rife throughout the city, as an insidious drug known as 'Shard' spreads throughout the underworld. With the city's future in doubt, three hardened citizens rise to discover the truth and uncover a conspiracy threatening to alter the city's fate.

Inspired by tech noir classics, Disjunction is an intensely atmospheric stealth-action RPG that follows a trinity of interwoven narratives, and features a reactive story where your actions have real, persistent consequences. Choose your playstyle and use an arsenal of futuristic tech, cybernetic upgrades and weapons to blast through levels in brutally fast combat, or take a silent approach by using stealth and non-lethal takedowns to leave without a trace. Nobody needs to die… unless you decide they must.

Disjunction features unique stealth-action mechanics and abilities for each of its three playable characters, giving players the freedom and flexibility to choose the playstyle that suits them. Tackle encounters in lethal, high-octane combat, or use your wits to stick to the shadows, utilizing distraction techniques and non-lethal attacks to reach your objective.

Where can I buy a Disjunction Key?

With GameGator, you are able to compare 27 deals across verified and trusted stores to find the cheapest Disjunction Key for a fair price. All stores currently listed have to undergo very specific testing to ensure that customer support, game deliveries, and the game keys themselves are of the highest quality. To sweeten the deal, we offer you specific discount codes, which you will not be able to find anywhere else. This allows us to beat all competitor prices and provide you with the cheapest, most trustworthy deals. If the current cheapest price of $0.15 for Disjunction is too high, create a price alert and we will alert you through email, SMS, or discord the moment the Disjunction price matches your budget.

Can I play Disjunction immediately after the purchase?

What store should I choose for the best Disjunction Deal?